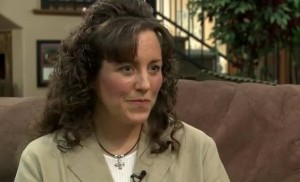 The matriarch of the Duggar family and reality-TV star of “19 Kids and Counting”, Michelle Duggar recently gave a web interview to the Christian Broadcasting Network saying that “the idea of overpopulation is not accurate.”

The video interview drew heat from both sides, with some saying that she is completely right, where others say she has lost her mind.

In regards to the family’s extra-large carbon footprint, Duggar states that her family only buys clothes from secondhand stores,  and purchases only used cars. She says that she is also raising their children to be “helpers and servers, givers instead of takers.” The website  Jezebel says that “a family of three or four would practically have to prance around throwing a trail of styrofoam packing peanuts in their wake to leave the same sort of carbon footprint that the Duggars leave.”