Young girl to Michelle Obama: ‘My dad’s been out of work for three years’ 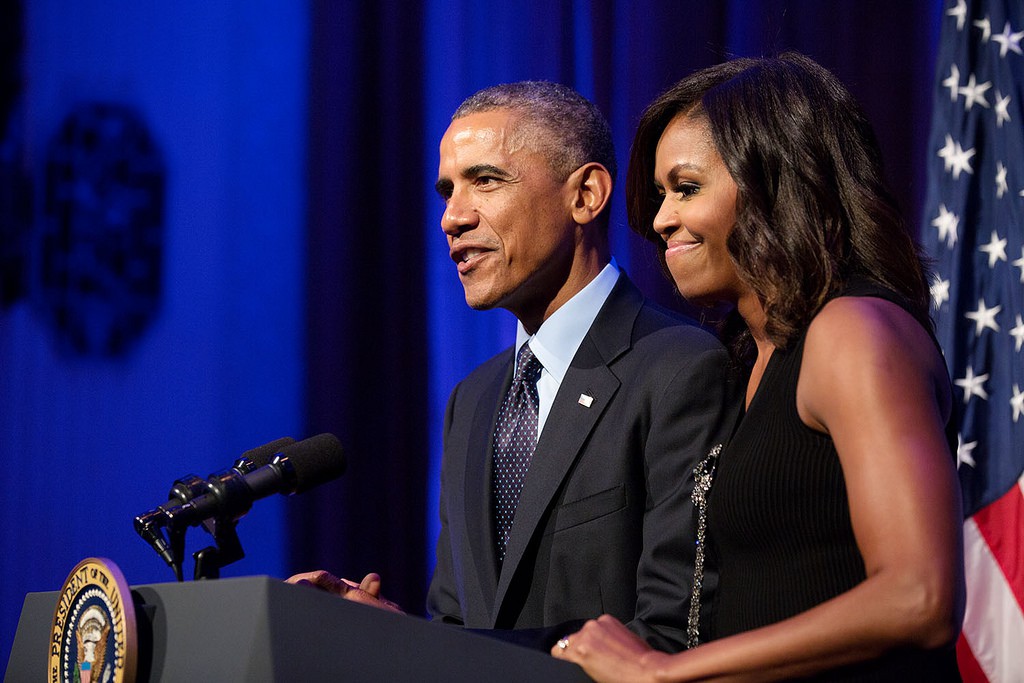 First Lady Michelle Obama looked a bit surprised when a little girl handed her her father’s résumé on Thursday at the White House according to USA Today.

Thursday was Take Our Daughters and Sons To Work Day at the White House and Michelle Obama was on hand to greet staffer’s children and offer them a pint sized Q & A  period. During the “meet and greet” session in the East Room, Michelle called on kids in an informal manner, but seemed shocked and somewhat uncomfortable at one little girl’s question.

With a microphone in hand, Ms. Obama called on the girl, who appeared to be about 12, saying, “You (pointing to the girl), right in the front.”

The little girl then walked towards her and Ms. Obama handed her the microphone.

The girl was carrying a résumé which she handed to Ms. Obama saying into the microphone, “My dad’s been out of a job for three years and I wanted to give you his résumé.”

The microphone appeared to be turned off for part of Ms. Obama’s response, however, reading her lips it appears that she may have said ‘thank you, that is so nice.’

Ms. Obama then hugged the girl and told the audience of children that the girl was talking to her about something “a little private, but she’s doing something for her dad.” Ms. Obama then held up the résumé and clinched it and said, “Got it.”

Ms. Obama then put the résumé on the side table and continued, but she did appear somewhat surprised by the request.

At the end of the Q & A, Ms. Obama went to hug the little girl but turned back quickly to grab the résumé before doing so, in a way that suggested she forgot and then quickly remembered.