Senior's class photo pulled from yearbook for including infant son 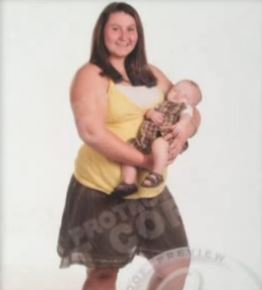 A 17-year-old high school senior at Wheatmore High School in Trinity, North Carolina, has had her senior class photo banned from the school’s yearbook because the student is holding her infant son.

School officials told Caitlin Tiller, in April, just days before the yearbook was to be printed, they were pulling the photo because they felt it was sending the wrong message and encouraging teen pregnancy.

Tiller said she decided to include her baby son in the photo after she was informed that seniors were allowed to hold a prop of something they felt  best represented them as a person or highlighted a crowning achievement in their lives. Tiller said that achievement would be her son.

“He helped me get to where I am today,” Tiller told WGHP.  “I wouldn’t be the person I am today without him.”

Tiller went on to explain that her son, who was born in April 2012, has been her source of motivation and inspired her to graduate early and get a job.

Tiller’s mom, Karen Morgan, also expressed disagreement with the school’s decision, saying her daughter is a good example of a pregnant teen taking responsibility and graduating high school in spite of some challenges.

School officials say the point of allowing a prop representation wasn’t about having the picture taken with a family member, but focusing on the student themselves and their accomplishments outside of family. WGHP pointed out however, that some students chose to have their family pets in the photos and didn’t appear to have their picture pulled.

Wheatmore High School claims they offered Tiller the opportunity to submit a different photo but she declined.