Cyberbullying may be less common than previously thought 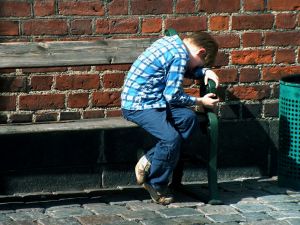 Ian Rivers, a professor of human development at Brunel University in London, and other researchers presented their studies at the American Psychological Association’s annual meeting on Thursday. Though cyberbullying has been heavily studied since the early 2000s, Rivers states that, “the one thing that is apparent is we weren’t all looking at the same thing.”

Separate studies by Michele Ybarra, research director at the non-profit Center for Innovative Public Health Research in San Clemente, and Dorothy Espelage, of the University of Illinois-Urbana-Champaign, have found that the percentage of children who report that they have been bullied online is around 17%. To compare, the website Bullying Statistics reported that, “Over half of adolescents and teens have been bullied online, and about the same number have engaged in cyber bullying.”

Espelage, who has been studying bullying for 18 years, also presented the results of a study soon to be published in the journal Psychology of Violence that says children whose parents monitor their online use are less likely to engage in bullying. She has also found that children who are bullied face-to-face are more likely to cyberbully as a means of retaliation.