55-year-old postcard leads to the trip of a lifetime 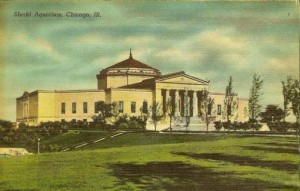 A 55-year-old postcard finally made its way into the hands of its intended recipient, Scott McMurry. The post card was mailed by his mother in 1957 and had been lost in the mail until last month.

On April 18th the postcard was found in the mailbox of Elizabeth Fulcher in South Daytona, Beach, FL. She posted it on Facebook the next day where people were shocked at the 2-cent stamp and the fact that the card meant for 608 Clairmont in Decatur, GA had arrived instead at Fulcher’s house in the 600 block of Clairmont Lane in Fl.

“I instantly wanted to find out who it belonged to,” she said. “It’s a funny-looking postcard.”
She said that the funniest part of the postcard was the line that read, “We’ll probably be home before this gets there.”

Todd Fulcher, no relation to Elizabeth, saw the post on Facebook and managed to track the recipient, Scott McMurry, down using White Pages and social networking..

“It was a totally unexpected, pleasant surprise,” McMurry said. “I think the probability of this happening to any one individual must be 1 in a billion.”

The U.S. Postal Service says that they do not know why it took so long for the postcard to arrive, or why it was delivered a state away, but a spokesman said that there occasional occurrences of lost-lost mail.
McMurry suspects that his mother sent the card, of Chicago’s Shedd Aquarium, to him while in Chicago on a business trip. She passed away in 1991.

After learning about the 55-year-old postcard the The Shedd Aquarium offered to fly McMurry in from West Virginia for an expenses-paid vacation. McMurry arrived in Chicago on Wednesday and is scheduled to visit the aquarium today.