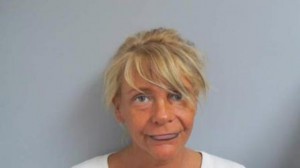 Patricia Krencil has been arrested and charged with second-degree child endangerment after she allowed her 5-year-old daughter to use a tanning booth.

“The pediatrician said that she’s got a little sunburn, but it was that only weekend we were out doing the gardening,” Krentcil, 44, said.

The school nurse noticed that the child had a rash and the child informed her that it was from going tanning with her mother, the school then notified child services. Krentcil claims that her daughter was in the room at the salon, however she was never in the tanning booth.

“I never once in my life let me daughter, especially at that age, go into a tanning booth,” Krentcil said.

Patricia Krencil described the burns as not severe and that she had been told to put ointment, she described as “just over-the-counter”, on the rash

Katherine Carter, spokeswoman for the Essex County Prosecutor’s Office, said, “The little girl went to school and reported she had these burns and that caused the school to contact authorities,”

The ultraviolet lights used in tanning beds is dangerous for children, and the UV light can damage DNA, causing mutations as well as formations of dangerous skin cancer cells.

“There’s really no excuse to take a young child to a tanning salon,” New York dermatologist Doris Day said. “We often consider going to a tanning salon the equivalent of smoking for the skin and the younger you start, those affects are cumulative.”

New Jersey law does not allow anyone younger than 14 to use a tanning facility. Teens older than14 are allowed to go to salons with parental consent.

Krentcil is out on $25,000 bail, while her daughter is currently in her father’s custody
source: ABC news