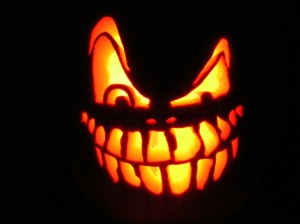 The Augusta Chronicle reported that an unidentified 28-year-old woman called 911 on Monday night when a Trick or Treating 10-year-old in her neighborhood pointed a 9mm handgun at her.

On the corner of Schroeder and George St. in Aiken, South Carolina, the young woman recognized two 10-year-old brothers and greeted them, joking that she’d take their candy.

One of the boys yelled the words “No you’re not B*tch!” At which point he removed the weapon and pointed it at her. Thankfully the gun was not loaded, but he did have an ammunition clip with him. His brother also had a 9mm with him.

Captain Maryann Burgess of Aiken Police Department says the boys were still in the neighborhood when the officers arrived and were taken to the police station. However, they were released back to their parents.

“A gun? A ten-year-old with a gun? Makes you not want to open your door next year. Would you open your door?” Said neighbor Sylvia Brayboy. She’s disappointed by the boy’s quick release. “Because this could’ve been, a worse situation.”

Police say the boys, unidentified due to their age, had rummaged through their Grandfather‘s belongings and taken the weapons without permission. So far, no charges have been filed against either the boys.