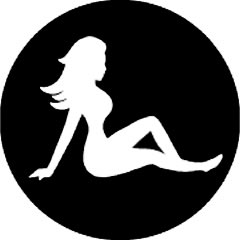 Several Christmases ago, my then-teenaged stepson Ryan received the most auspicious of gifts from his grandparents: a pink button down shirt, size medium. At 6’3″, my stepson hadn’t worn a medium for years; he had never worn pink; and he had definitely never worn a shirt more suited for chess players or accountants than an athlete trying his hardest to be cool.

As Ryan held the shirt up for requisite family appreciation, I choked on my laughter, and then buried my smile in a coffee cup, wondering how Ryan would respond to this clearly misguided gift. But Ryan, ever judicious, pronounced the shirt fantastic, just what he wanted. It might be a little snug, he said, but guys were wearing shirts tight these days. He was sure it would fit perfectly.

At that moment, I silently proclaimed Ryan a master thespian, able to convince his grandparents their every gifting achievement was just right, no matter how wrong each gift really was.

Over the years, I have never been so capable, so accomplished, at hiding my disappointment in the gifts my in-laws have given me. My laxly mumbled “thanks” at the bagel container I received one Christmas—after their son-in-law received a new stereo system for his car—was certainly no great endorsement for their efforts. Nor was the wane smile I attempted after receiving a tablecloth for the third holiday straight. “For goodness sake,” I thought, while bleakly thanking my husband’s parents. “Why the heck does this family believe I need yet another tablecloth?”

Perhaps because of my clumsy attempts to show appreciation, my mother-in-law developed a new tactic for gifting my son, Benjamin, now age three. Forget suffering an awkward thanks from me: instead, my mother-in-law spends the day at our house, plays with our son, and tucks a few pieces of clothing or toys in his chest of drawers. She is long gone by the time I discover the new gifts. And I can more easily show gratitude later via email.

Thankfully, my mother-in-law chose a similar tact with the Truckin’ USA sweatshirt, the most hated piece of clothing my son has ever worn. Hated by me, I should say. Benjamin loved it.

After spending the day with his grandmother, Benjamin showed up at my office wearing the godforsaken shirt: an off-white number patterned with monster trucks, 4 X 4 insignias, and the red necked mantra, Truckin’ USA. Benjamin’s dad thought the shirt cute, if a little reminiscent of his parents’ NASCAR-lovin’ small town.

I was appalled. After all, I had made clothing choices for my son that fostered a certain image: and a Truckin’ USA redneck wasn’t it. Yet even as the dreaded shirt intensified my growing self-awareness of a bigotry about white trash, and even as that bigotry made me feel ashamed, I could not bring myself to allow Benjamin to wear the sweatshirt he adored.

Unable to just merely throw the shirt away—it was a gift, after all, and I knew my mother-in-law would be looking for it—I developed an obsession with keeping the Truckin’ USA shirt out of Benjamin’s clothing circulation. At first, I buried the shirt beneath his other, cuter, hipper, clothes. This tactic failed: Benjamin figured a way to stir through his drawers, uncover the shirt, and put it on—usually while I was at work, and unable to control his appearance.

So I turned to more covert means of keeping Benjamin away from the shirt. I cycled it through the wash, again and again: dirty clothes hamper, washer, dryer, back to the dirty clothes hamper. This method worked for a while, especially as my husband never did laundry, and so would not notice the shirt appearing day by day in the wash. But then, one day when I forgot to transfer the shirt from the dryer to the hamper, my husband went grazing through the dryer, looking to clothe his son, and found the sweatshirt. Once again, Benjamin showed up in my office as a 4X4 hick.

My obsession took on a nefarious edge. I hide the shirt in my drawer, replacing it in Benjamin’s only when his grandmother came to visit. I “accidentally” forgot it at my sister’s, and “absentmindedly” forgot to pick it up for weeks on end. On one occasion, when Benjamin’s dad had dressed him in the shirt again, I allowed my son, at lunch, to drag his sleeves through ketchup and mustard with abandon: something I would never have done on other occasions. This strategy failed. The shirt took on even more of a redneck appearance, as blotched stains now mingled with 4X4s. My son seemed to love the shirt with greater intensity.

Nothing worked. Benjamin adored the shirt. I hated the shirt. My husband was amused by the power struggle growing between mother and son, and cared little about what his son wore, anyway. This appeared to be a battle I would not win.

Resigned and weary, I figured my only hope was that Benjamin might grow out of the shirt, quickly, and that we would receive no other Truckin’ USA apparel in his lifetime. As a defensive strategy, I let it be known amongst my in-laws that we had received reams of hand-me-downs from friends (with far better clothing taste, I did not add). I hoped the in-laws would get the message, that clothing gifts—while appreciated—were no longer needed.

And they got the message, mostly. Benjamin received other clothing gifts, predominantly tasteful attire I didn’t mind him wearing. In time, too, Benjamin outgrew the shirt—thank goodness for growth spurts—though for awhile, the too-short sleeves only enhanced the shirt’s redneck flavor.

Finally, I put the Truckin’ USA shirt to rest, tucking it into a pile sent to Goodwill, rather than into the box of clothes reserved for Benjamin’s younger brother. I decided that one redneck in the family was certainly enough, and I could little fathom spending another year or two keeping the shirt away from another adoring boy.

Yet just this weekend, Benjamin received another shirt from his grandma. Decorated with a pink Spongebob Squarepant-ish character holding a Bible, the shirt proclaimed “Scripture Bob: Gettin’ In To The Word.” None too keen on allowing my kids to appear as right-wing fundamentalist Christians, I grimaced as my son squealed with delight about his new Spongebob shirt.

But then, Benjamin dropped chocolate ice cream down the shirt’s front. Looked like Scripture Bob was headed for the washer. I felt my motherly heart of darkness glow, again, if only for a moment.