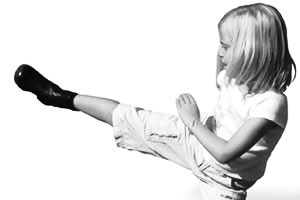 It’s the middle of summer and I’m in a new town at an unfamiliar elementary school filling out my oldest daughter Rowan’s paperwork for kindergarten. The last page of what seems like an endless stack of papers asks me to list her strengths and weaknesses. Like any parent, I have an impressive list of strengths: outgoing, affectionate, confident, friendly, curious, imaginative… I could go on. But I get stuck—and truthfully, feel a little reluctant—when it comes to listing her weaknesses. Of course, I have to write something; God knows she isn’t perfect. So I write, “gets frustrated easily” (true) and “can be aggressive” (also true) which I mean as, “will not hesitate to hit and/or push/and or attempt to kick your 5-year old ass if she is provoked and/or pissed off.” But I don’t think that’s what comes across. I guess what I should have said is “needs to work on using her words instead of her hands/feet when it comes to dealing with her emotions” or something along those lines. But that’s just not me.

The whole way home, and for weeks after, I regret what I wrote. Not so much because I had tagged my kid as an “aggressive child” (although, I admit, that was part of it—I certainly didn’t want her to be perceived as a bully, because she isn’t) but more because I had, at that moment, considered being aggressive as a weakness. Now, in my defense, at the time, my two year-old daughter Kate was fidgeting around the tiny school office, completely ignoring my half-hearted pleas to stay seated in the scratchy brown chair that, to her, seemed a much better scribble pad than a place to put her bottom; and the office lady was giving me that “could you hurry it up? I want to take my lunch break” look. So, I felt a little pressed. But still. I wondered — would I have written that, even considered it, if she were a boy?

Rowan has always been a physically strong and active child. The minute she could walk, she ran. She jumped off her first diving board at 2, hiked her first mountain at 3, ran her first real race at 4, and climbed her first “big tree” at 5. She is fearless in the face of physical challenge. Her body is all sinewy muscle; naturally lean and cut like an athlete’s. As a toddler, she needed daily activity and exercise just as much as she needed her daily nap. She was a different child on those days we didn’t get outside to run and play—angrier, grumpier, whinier. So, it never really surprised me—though it still almost always frustrates me (go figure)—that the way she expresses anger and pain is to lash out with her body, to physically throw herself into her emotions. And throw she does. As her mother, this has not been easy thing to deal with. On good days, I remain calm and reasonable and can talk her down or let her go until she chills herself out. But too often, I find myself right there with her in the hot, swirling mass, and we both end up sweaty and in tears.

Somehow when girls react aggressively, it’s different. It’s a little off-putting, a little not as acceptable, a little…worrisome. Boys are, well, boys. That’s what they do, right? They push, they shove, they hit, they throw toys at each other’s heads. And then they’re over it. It’s their energy, their inherent “boyness.” So it’s a little more OK if they act out aggressively. But girls?  Not so much.  After a recent play date that didn’t end well (too many kids, too little food, some hurt feelings, some hitting, some kicking, some dragging off to the car screaming), I confided in one of the mothers that Rowan has always had an aggressive streak. Her raised eyebrow response confirmed it.

Aggression in girls is a slippery slope. We don’t want Nellie Olsen, yet we don’t want Pollyanna either. We hope our girls fall somewhere in the middle, minus the bitchiness. And for the record, I don’t consider being aggressive a weakness, certainly not if it is used to defend, protect or empower oneself or one’s loved ones. Indeed, aggressive adults are leaders, groundbreakers, CEOs. And this quality is so apparent in Rowan. She is the alpha female, always at the head of the pack. To watch her lead a play group—with her oddball games and make-believe worlds—fills me with real pride and admiration. She is so unlike me at that age; I was a shy child who needed a friend like Rowan to encourage me, to pull me out of my shell. And I am still very much that kid to a certain extent, and she is that outgoing friend on the playground, forcing me to be more social, albeit 35 years late. It’s funny, so often we catch ourselves looking for glimpses of ourselves in our children, hoping to find bits of our personalities, our idiosyncrasies, when really, it is so nice to not see them, to see something—someone—so utterly different from who we are.

So, anyway, back to the form. Why did I write that last summer? Well, as I said, I am not an aggressive person, and I think there are more effective ways to communicate anger than through pushing and hitting. And I am trying to teach this to my very strong-willed, emotionally charged daughter, and each time she gets it a little bit more. But at the same time, I don’t want her to lose her fierceness, that fire within her that feeds her ambition, or, more importantly, that could one day save her life. I want Rowan to know that sometimes it is right to hit, to fight, to go with her gut and defend herself if someone is hurting her or someone she loves. It kills me to see little girls shrink back. I have seen too many get pushed and bullied. They just stand there and cry and wait for Mommy to come running. And run we do, don’t we? The minute two girls get into a shoving match, we mothers instantly intervene. We want them to talk it out like women do. And God knows we’ll talk it to death. Now I am not saying we should encourage the girl fight, but still… Sometimes—hell, a lot of times—a girl just has to be, well, tough.