The Push to Medicate Children 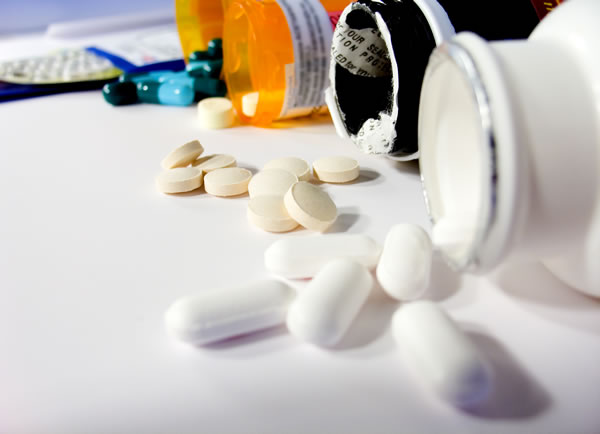 There’s the push: from teachers, from doctors, from social workers, and even from random strangers. They push to medicate differences in children away as if some little pill can actually solve a child’s challenges. Some people push back, blaming big pharma, as if the teachers, doctors, social workers, and strangers don’t make their own choices. As the mother of three children with autism, I have been pushed. Medication could make things so much easier: easier for me, for the teacher, and for the random stranger. Medication would not be easier on my children, especially when accommodations and therapies meet their needs without harmful side-effects.

Still, now that we’ve tried all the accommodations and therapies our teams could think of without eliminating, or even significantly reducing, one of my son’s aggressive behaviors, we have to consider medication. As he gets older, starting the long road through puberty, his aggressive behaviors get worse. He’s also getting bigger and stronger, and pretty soon he will be capable of doing real harm to himself and others.

We’re running out of options.

We have family who use medications to help manage psychological disorders, but they are adults and they chose medication for themselves. It’s different for a child, especially when administering oral medication requires force for even the most necessary medications, such as post-operative antibiotics. There are also many possible side-effects that may have a long-term negative impact on the child’s health to consider.

And then there’s that other thing. You know, that part where you go into the doctor to talk about the benefits and risks of medication and the doctor tells you all the wonderful possibilities… how his behavior will be easier to manage and all that. All the benefits that the doctors described were benefits for me: for us as parents or for his teachers and therapists. What’s up with that? I mean, really! Here we’re talking about forcing my pre-adolescent son to take a medication that messes with his brain and the selling point is how it will impact me?

Medicating a child should not be a sales pitch. It’s not like it’s as inconsequential as which shampoo I use or as subjective as which car I drive. Yet that’s exactly what it felt like. I’m the buyer, the sales decision is mine—so the benefits to me should be paramount? Really? If you want to sell me on medicating my son, then tell me what it will do for him. Better yet, don’t sell me, inform me!

Of course, I found a doctor who did exactly that. She described the possible benefits and the possible risks. She told us that the shot-option we were hoping to use was not approved for children. She also warned us that this medication might cause diabetes! The other doctors didn’t tell us that. That’s a big deal, considering we have a history of diabetes on both sides of the family and my son’s limited diet consists mostly of pancakes. In the end, we concluded the medication was not worth the possible harm, not simply because of the known risks, but also because forcing our son to take oral medication on a daily basis would be very traumatic for him.

The other doctors saw medication as THE solution. So, I have to wonder, why have we become so reliant on medication to solve behavioral problems? Teachers do it, because medicating a child is easier than accommodating a child. Doctors do it, because the idea has already been sold to them by the pharmaceutical companies. Even social workers do it! So, who’s left to look out for the best interests of the children? The parents: yet, it’s these same parents that are being pitched on how wonderful it will be to have their child doped up on drugs that medicate all their kids’ problems away.

Drugs are not THE solution. They are one of many tools we can use. Drugs do not need to be the first choice. Dangerous drugs that sacrifice a child’s health should not be the first choice. When you’ve tried everything else and you’re desperate to try anything that might work, don’t fall for the push. Make sure your decision is an informed one. Even in that extreme situation, the possible risks may not be worth the possible reward.