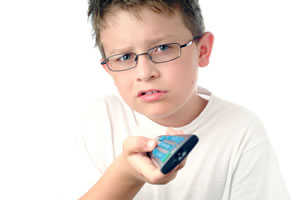 When Michael Jackson was booked on child molestation charges, he put me in a difficult position. I twisted my neck to watch my young son, Alex, react to the news. He studied the television where burly men marched the pop singer into the Santa Barbara police station. Some things are difficult to explain and even harder to accept.

I could tell that Alex couldn’t quite pinpoint what was odd about Michael. Where do you start? The man is a bona fide weirdo. Here goes, I thought.

"That’s a guy." I might as well have announced that a cookie was actually made of spinach.

I let it sink in that someone resembling one of his schoolteachers could be a man.

Finally, Alex shrugged, and I breathed easier. I’d managed to teach a lesson in tolerance. Even better, I didn’t have to explain why Michael Jackson is African American but has skin pale as window caulk. (Does that make him an Achromatic American?)

Tolerance is tough to teach. Usually, I affect a stance that suggests amazement while explaining almost nothing. Much of the time the topic is sex, perversion, or criminal activity. It’s not like I’m faking it. Often enough I’m genuinely amazed by people’s antics.

"Look at that," I’ll say with a baffled expression, the way I might look at rare natural phenomena like ball lighting, a squirrel with two tails, or George Bush speaking in complete sentences.

Graphic details are ugly. I’d rather go wide-eyed. My kids will soon be using Internet search engines, and they’ll find out for themselves. They can read and won’t be idiots until they’re fourteen. Their peers will eagerly embellish their education. The important thing, in the meantime, is my response. Simulated befuddlement is hard to beat.

The challenge often seems innocuous. My oldest son, Sam, looked over my shoulder one afternoon as we browsed Netflix. I clicked the "Genres" tab, and as my pointer passed over "Gay & Lesbian", I sensed his puzzlement.

I thought a moment. Where do I start? I don’t even know why there are two names for what seems to be essentially the same behavior. Being straight, I’m in no position to explain homosexuality except in an anthropological sense.

"You know how men and women fall in love and get married?" He nodded. "It’s exactly like that, except that it’s men and men, or women and women."

"Re-ally?" He drawled the word as though the idea caught up with him mid-utterance.

I paused, letting it sink in that people could be so different for no obvious reason. No sense in making it any more complicated than that, I thought.

My definition seemed to satisfy him. There’s just no use trying to explain behavior I don’t understand, and it begs the question of how I know so much about it. Maybe my reaction will stand out from his crowd of peers in a few years, once his IQ drops. Perhaps not, for boys are boys. But he may remember my attitude, eventually.

My parents were no better. Once, after watching a feminine hygiene commercial I asked my mother why women needed different napkins. She seemed the most qualified person in the room to offer an opinion.

Bless her! What else could she say in less than thirty seconds?

But when sex was the topic she warned, "No comments from the peanut gallery!"

For years I thought this was the Peanut Gallery on the old Howdy Doody television show. I couldn’t figure out what a cowboy and his wooden marionette had to do with sex. If that explains anything about me, I don’t really want to know.

(The peanut gallery used to refer to the cheap seats in a theater balcony, from which hecklers lobbed peanuts. They were often rowdy, hence the phrase. Maybe they wanted to know more about sex, too.)

These days I don’t know if the analogy holds. Not only is the seediness of the world harder to avoid, it’s entirely possible that Massachusetts will soon pass a law allowing cowboys to legally marry wooden marionettes. I just wish Michael Jackson and people like him would keep to themselves or that the media wouldn’t be so fascinated with them. My kids aren’t the only ones who don’t need to know all the details.