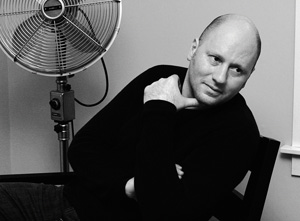 This recent report from the Associated Press is sure to get the Minutemen’s panties further into a bunch:

Mexican pop diva Gloria Trevi, Puerto Rican reggaeton Ivy Queen and Tito El Bambino and other Latino artists are recording a Spanish-language version of the U.S. national anthem in a show of support for migrants in the United States.

The Latino-oriented record label Urban Box Office (UBO) said Saturday it plans to release the new version of "The Star-Spangled Banner" to coincide with the U.S. Senate’s debate on immigration legislation in the next few days…

The song is on the album "Somos Americanos," which will be sold for $10, with a portion going to Washington-based National Capital Immigration Coalition, UBO said.

I certainly don’t have a problem with this as a whole — the national anthem is absolutely horrible, supposedly derived from an old British drinking song, and has already been desecrated countless times over by off-key celebrities at major sporting events. Record it with singing dogs for all I care. My issue (today, at least) is not even the overall debate about illegal immigration.

The real issue with taking this course of action is that it is a completely lousy public relations move, and tone deaf — pun intended — to the major opponents of immigration reform. It’s again saying that there is no interest in assimilation by Mexican immigrants. It’s the same message conveyed by the thousands carrying Mexican flags at last month’s protests. It’s communicated in the spurious statement that the southwestern United States was stolen, and belongs to Mexico (the major flaw in that argument: I don’t believe the Aztecs spoke Spanish).

And why is assimilation, i.e., learning to speak English, important? Because like it or not, the United States does have a de facto national language, and only the delusional would deny the fact that speaking English is required to advance to a higher level in business and society. Is it any wonder that the immigrants who are finding work in better paying jobs also happen to have at least a basic knowledge of the language?

A major part of the fear, no matter how irrational, that many citizens have is not that illegal immigrants are coming into the country, but that they wish to effectively invade it. This is fueled by the fact that many express that rather than becoming Americans, they simply wish to be Mexicans taking advantage of what the United States has to offer.

There are those that say that expecting immigrants to conform to our language is racist and irrational, and asking them to give up everything ingrained by their heritage. But this is not about abandoning their culture, but rather showing a little courtesy to their benevolent hosts. It’s about appeasing the majority of the population. It’s about playing the game — if you wish to influence political policy, you need to engage in politics.

And how is this affecting our children? Is it a coincidence that the only school in our district that has failed to meet state standards for the past five years is also the one with the highest number of students with limited or no English proficiency? These parents are doing their kids a major disservice, because like it or not, they will be at an automatic disadvantage in the workforce. By refusing to introduce English into their households, they help to deny their kids the prosperity that they were supposedly seeking by coming to this country. The answer is to help these kids succeed and thrive by learning to assimilate, not by being an enabler and providing municipal signs and voting instructions in both English and Spanish. A full-immersion technique has been shown to be extremely effective in teaching a new language, and ironically is used in high-priced private schools to teach American kids a foreign language. Why can’t this be implemented in our public schools as well?

You may be thinking, "we Americans travel abroad and expect everyone there to cater to us and speak our language, but we don’t offer the same courtesy here." I beg to differ. While perhaps some of our more ignorant citizens may have this attitude — the same folk that think speaking English at a louder volume will make them understood — I’ve never met anyone who held this belief. I certainly expect that if I travel to a foreign country I would have some language difficulties. And I do know, if I ever were to move to say, Paris, I would do little else my first months there besides becoming fluent in French, and teaching my children the same.