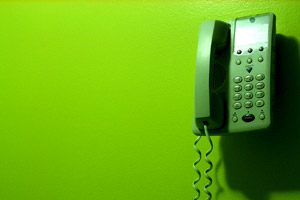 Finding play dates for one’s six-year-old son is not what most people would equate with stress-induced immunosuppression. But there I was, for three straight months, unable to shake a continuous sore throat, a general rundown malaise, or an itchy red rash on my left foot. I hadn’t felt this bad since dating in the 90s. Come to think of it I was still dating — only now for my son.

It all started out well enough. For the first three years of my son’s life I was part of a mother’s group, busy with Gymboree classes, "Mothers and More" singing classes, and regular outings with friends to our suburban zoo. The children were too young to be picky about whom we were with and so as long as us moms liked each other, all went well. Yet even back then there were cracks in the façade — I’d always been particular about my friendships and seemed to have had one best friend in each phase of life. In college it was Betsy, in suburbia it was Rona. But motherhood seemed to demand a larger social group, a kind of Darwinian guarantee of not being lonely with the child by mixing with many people. A sort of survival of the flittiest. I was never good at it, and over time, I seemed to get worse.

It got to the point where picking up the phone for a play date became as difficult as cold calling, which was actually what I did for a living, so it just seemed a bit harsh for the universe to demand this all day long. Although many of the moms would say yes, sometimes months would go by before I would begin the calling cycle again. My insouciance was fake and exhausting. Eventually I began to look at my first grader and wonder why he couldn’t just make the calls himself. So what if he didn’t yet know how to dial.

Then two years ago, many of the moms started going back to work and their kids continued on to the after school program at our elementary school. One day after hosting my son’s Hanukkah party, I dropped in on the program and found the whole experience rather custodial — long tables set up in the gym, kids doing homework without any notable supervision, the vacuous stares of the few women caretakers who looked suspiciously like the lunch aids. I entertained a few kids with my Menorah and Dreidel and left feeling sad for those kids as well as my own.

Much of the problem, I’ve come to realize, is aligning myself with the polar opposite of my own childhood. Back then, in the 50s and 60s in Bradley Beach, New Jersey, on a snowy day our street would be filled with kids on their sleds, snow balls circling and aimed straight for the head. In the summer it was the same kids surrounding an ice cream truck, kids calling from upstairs open windows as water balloons would be thrown onto the streets below. Maybe some moms were hiding behind closed curtains sipping Whiskey Sours, but my mom was busy making lunches for the beach where we’d meet up with the six other Jewish families who originated from Weequahic High School in Newark. A built in Jewish social life in the summers. An Italian, working class wonderland during the school year.

Recently we had a snow day and my husband and son went outside to build a snowman. A neighborhood boy peeked out from his house and like radar my son turned and called “Hey Justin, do you want to play?” A few minutes later they were both happily kicking and licking snow. But just as soon the boy was back in his own house my son was asking me to play. Maybe the boy got bored, maybe his TV was too enticing or just maybe these kids aren’t used to playing on the streets. This boy has been in day care since he was born and now full-time after care. Although he and my son have been in the same kindergarten and first grade class and our houses face each other, they’ve never had more that two play dates a year. He’s just not around.

It seems what I’m up against is a rising tide of institutionalized kids. My son is now noticeably in the minority. Many of his friends will rarely experience days of quiet daydreaming, or kicking a stone on a cold winter street, or playing one-on-one without a caretaker setting the limits. This scares me. As in the movie "My Beautiful Life", I find myself pretending to my son, trying to twist reality into what seems much more palatable. “Justin probably had to leave so he could visit with his Grandmother.” Or on a warm day, “let’s visit the after school program and give so and so a letter for his mom.” (I sneak us in and my son joins the kids outdoors — the adults don’t really notice and he gets to play for an hour on the swings with his friends.)

The other day I was in a long line at the post office and struck up a conversation with an orthodox Jewish mother of a seven year old and teenage daughter. I asked her about the play date issue. “A schnorrer, that’s what I’ve become, a beggar, to get, what, one play date a year?” I thought of exchanging phone numbers but it just seemed too hard. I guess that’s where the rash comes in. In the last few months I’ve stopped being the schnorrer and waiting for my phone to ring. I’m no longer trying and my son and I have spent all our afternoons together. In many ways I cherish it, he’s my six-year-old lovely boy and one day I’ll blink and he’ll be a teenager presumably making his own play dates. But it’s also exhausting and stressful and I worry that the thirty minutes of recess he gets at school is not enough socializing for any child. But what can I do? Maybe like dating, you’ve just got to be creative, a bit aggressive and if all else fails, play hard to get. The latter seems to be working… recently a mom actually called and asked, “Where have you been? I haven’t heard from you.”