The Cult of Motherhood 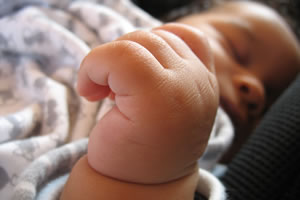 I hate to be the one to break this to you, but we moms have more in common with Katie Holmes than we’d like to think. That’s right. Because when we popped out that kid, we got an automatic membership to a special cult of our very own.

Don’t try and tell me you don’t know what I’m talking about because I’ve seen you. And it’s sucked you in too. Hell, I’ve been a card-carrying worshipper since 2004.

Sure. We don’t wear crazy white sheets, sport bad blue running shoes circa 1982, or shave our heads, but on some days, I’m thinking those would look better than my 3-day old gauchos, Old Navy shirt, and inside-out underpants.

Why do you not change your white sheets disguised in way-too-clingy-to-my-roly-ass stretch pants you ask?

It’s because I’ve been brainwashed. And all I can think about is THE NAP.

Membership to THE NAP is for the kids-only crowd. If you don’t have kids, then you just don’t get it. They ask us “What’s this NAP you speak of? Why does it rule your life? You’ve got to just get out from under THE NAP.

But we know. And we laugh at them. GET OUT FROM UNDER THE NAP? Have you lost your fucking mind?

It plays over in my head like a broken Best of John Denver record.

THE NAP makes us do crazy things, like weird hip-rotating dances and bizarre rituals such as turning on rain machines and walking in weird figure eight patterns to avoid creaky floorboards. And we sing crazy songs like “Hush Little Terror Baby” and “Twinkle Twinkle, Take a Fucking Nap.”

It makes us weep uncontrollably and beg for mercy.

PLEASE GIVE US THE NAP. I WILL GIVE YOU MY SOUL AND FOUR PAIRS OF GOOD-ASS JEANS. JUST FOR THE NAP.

And you never discuss THE NAP with anyone – even if you actually see THE NAP – particularly the long one. YOU NEVER TELL ANYONE ABOUT THE NAP for fear that you will never see THE NAP again.

The presence or lack thereof of THE NAP determines the course of your day. But you have no power over THE NAP – it has a mind of its own, determining your fate in a matter of 15 short minutes or 2 glorious hours.

But if you do happen to please THE NAP and it shines its face upon your pasty white complexion thanks to spending way too many hours attempting the aforementioned NAP, joyous tribal celebrations ensue – dancing in the shower with actual soap, shaving of the legs and pits, hair drying, and eating. Eating of a full meal in one sitting.

So if you thought that donning frocks formed from recycled potato sacks, wearing a $26 single strand red yarn bracelet or birthing of children in silence was crazy, you might want to think again. Because let’s face it. That daily rock, beg, lay, and creep ritual you do in yesterday’s pajamas? Makes even quiet labor look the epitome of sanity.