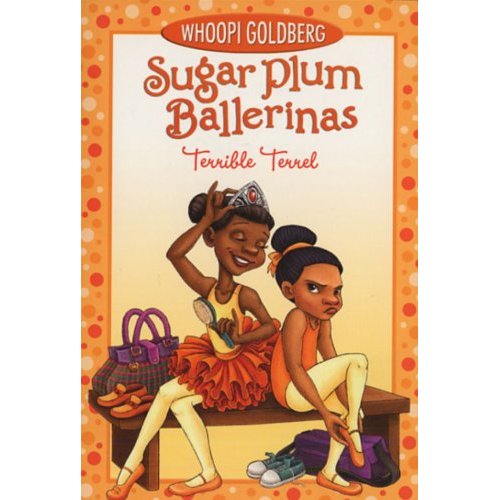 Synopsis: Terrel Liu is a normal nine year old girl. She has six brothers and she and a few of her brothers live with her father. Their mother died when she was six, though she doesn’t really remember her very well. Things are going great, when all of a sudden her father starts acting strange. Terrel is confused. She confides her feelings to her Sugar Plum sisters, and the oldest, Epatha guesses that Terrels’s father must have a girlfriend. Terrel practically rolls on the floor at this silly idea! Unfortunately, it’s not long after Epatha has this idea that Terrel finds out it’s true! When Terrel discovers who the woman is, she is horrified and decides to take things into her own hands – with the help of her Sugar Plum sisters, that is!

Opinion: I didn’t really like this book. It was funny, but didn’t explain how to deal with the problems correctly. Terrel was very mean to her father’s girlfriend. She also wasn’t punished for what she did. I would recommend this book to older children. If you buy this book for anyone, make sure they know right from wrong. The main character made a lot of bad choices!

Mom's Opinion: I have mixed opinions about Terrible Terrel. While I love the Sugar Plum Ballerina series, this fourth book was funny, but a little devious/mischievous and their schemes kind of terrible. (Though, you can kind of see it coming given the title of the book!) While the girls should be given kudos for their ingenuity, as a parent I wouldn’t condone such behavior. I also do not think that the actions were dealt with sufficiently, as Terrel was shown a great deal of understanding and empathy throughout the story. Though, I can completely understand how discomfiting it would be to have your parent dating at all – not to mention this particular woman.

The girls eventually learn a few life lessons, for instance, that things are often not what they seem, and we will hopefully see them grow from this experience. I would recommend this book as a family read, instead of as a solo read, as it touches on parental loss and parental dating. However, as a nice balance it also touches on strong sibling relationships and great friendships. This is where it gets my thumbs up!