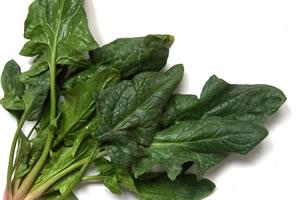 My wife and I have what can be considered by today’s standards a large family — five kids, instead of the two-point-three that most of our neighbors have. It’s something we’re proud of — people are always awestruck when we tell them.

Well, the truth is, we don’t manage and we are nuts. But we wouldn’t trade any of them — well, one or two if the price was — OUCH! Just kidding, dear.

But some people get this look of righteous horror on their faces when we mention having more than two-point-three kids, like maybe we’re solely responsible for world hunger. Hypothetically possible, considering we have a couple of teenagers that can polish off a truckload of groceries overnight, but…

I never really thought five kids were a big family, that is, until I found myself with that many. One Saturday morning while my wife was out looking for a migraine cure, my kids and most of the neighborhood urchins were busy trashing our living room. A young salesman came to the door. As I was trying to keep a toddler from diving headfirst off of the porch, he looked in and gasped. “How many kids do you have?”

He left. I didn’t even have to slam the door in his face.

Some people are frightened by kids. I should know — mine scare the chicken soup out of me on a regular basis. For example:

One evening a few years ago my wife fixed spinach and Polish sausage for dinner. Cheap, nutritious, and guaranteed to make any red-blooded American kid gag and choke and have to be revived with a Twinkie.

They ate it. They cleaned their plates. And they cried when we ran out of spinach. I’m sorry, but that’s just plain weird. Kids are supposed to HATE spinach. I did, and I was normal (my wife suggests that the operative word here is was). I fell for that Popeye scam when I was three. I was in the grocery cart and my mom showed me a can of spinach, saying, “This is what Popeye eats.” I begged her to buy it. I spent that whole afternoon before dinnertime fantasizing about how I was going to suck that stuff through a bubble pipe and have battleships appear on my bulging biceps, after which I planned to beat up my little sister. But when Mom glopped it, thoroughly boiled and slimy, onto my plate, I stared at it for thirty minutes. Never took a bite. I’d been had. This was not leafy crunchy yummy instant bodybuilding stuff, this was — well, boogers, maybe. Let Bluto win next time, see if I care.

Back to the issue. How, these concerned citizens ask, does your having five children do anything but deplete the world’s spinach resources? What contribution are you possibly making to curb overpopulation?

I’ll tell you. I have found the best tool ever devised to encourage birth control, and it doesn’t even involve spinach. Every Sunday I pump the kids up on jellybeans and strawberry soda, and when we get to church I make them sit in front of newlyweds.

I have to go now. My wife is making spinach dip.