Roles of a Father 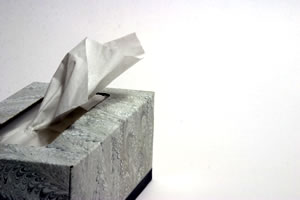 Oh, I know this may evoke in some the same queasiness that comes with, say, handling worms. It was that unsettling feeling which helped me speak openly and honestly to my son who was approaching puberty. I realized how important it was for me to take on the role of confidant, knowing that my response would set the foundation for my son’s self-esteem towards his sexuality.

One evening my oldest son called me into his room, shut the door, turned towards me, and said, "Dad, I’ve been doing it in the bathroom at school and I don’t like it at all." I knew right away what "it" was. Are you crazy? A no cost way to nirvana feels great! I asked him why he felt this way. A long silence followed, which I took as a "no comment".

During this quiet time, I reflected on his past issues with sex. He was sexually molested by his cousin a few years back, and my concern now was that this abuse would send mixed signals regarding sex and his body. Is he associating his sexual urges with the past abuse? Seemed like a natural connection to me, so I made sure to be supportive of his journey into the unknown.

I decided to let the matter go, telling him that I was ready to listen and talk when he was ready. I felt it was important for him to know he could continue at his own pace in talking about "it".

A week or so later, my son came to me and confided that, "I’m going to the bathroom (at home) to do things that I feel guilty about."

To this he remarked, "I’m hurting myself emotionally."

I acknowledged how this time of ones life can be confusing and the best way to deal with this turmoil is to talk.

"I’m very proud of you for being so open and honest with me. Just remember, this is a normal stage of development that all boys experience at your age."

He replied, "Even girls?"

Who said anything about girls?! That one was from way out in left field!

I could have brought mom into the picture right then, but chose to go the safe route. "Yes even girls, but I’m not aware of any specifics. My point being that everyone does it and it’s a natural part of human function." Not sure how I got out of that one but I did.

Then another zinger. He asked me if I did "it" and then wanted to know the same about grandpa. "Well sure, I’m human just like you. And while I can’t speak for grandpa, I believe he does, too." Now I got a BIG ewwwwwww in my head thinking about my dad and the "M" word. Some things are just too weird to think about, yet I didn’t have a choice this time.

After these two hot potatoes, it was time to change the focus.

I opened the issue of constantly feeling "the urge". "You can go as many times as you want and over time you may tire of it (yeah, right) or feel the urge less often. It’s your body and you will decide. Just lock the door behind you and since we only have one bathroom, pick your times carefully." I got this info from my own experiences.

With that, my son said he was tired of talking and wanted "to go play — outside." He chose that remark not me. He has a wonderful sense of humor, and after that comment I had a sense of him being okay with our discussion.

Honestly, I was nervous as could be initially. I never talked to my dad about sex education. All the info I got came from friends, movies or trial and error. Yet I found my ally to be honesty and facing my fears. Once the words started flowing I felt as comfortable as could be. I’m not thumping my chest and saying,"wooooooo-look at me!!" Rather, I want to let others know that old saying, "honesty is the best policy," still holds true.

Getting a natural boost for being a dad was great. I was able to help my son deal with a sensitive topic and have him enjoy the journey rather than experience a guilt trip. Granted I didn’t expect this talk so soon, but I’m glad it happened.