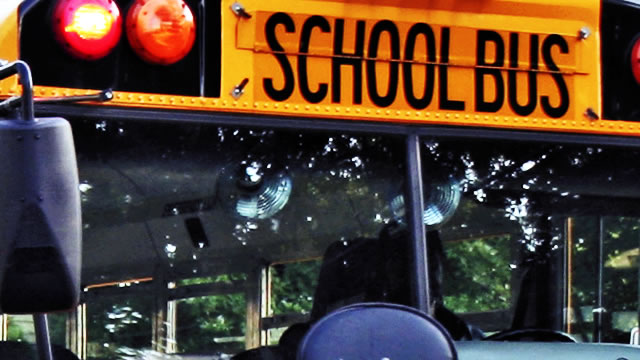 Being a kid just isn’t easy. Ask any kid and learn the Class System is alive, well, and living within the school building walls. Despite parents and faculty desires otherwise, intelligence, wealth, athletic ability, and social status always seem to be the distinguishing factors in determining the stereotypical groups within the Class System. Everyone wants to have friends, and secretly everyone wants to have cool friends. It seems the kids who like you aren’t the kids you’d like to hang around; meanwhile, the kids you want to be friends with really aren’t people you’d like if they didn’t rate highly in the Class System. To make matters worse, normal kids with average intelligence, from average income homes with average athletic ability don’t fit neatly into the predetermined categories.

This was definitely the case with me in the stressful, social sixth grade of middle school. Like every other teenager on earth, I just wanted to be liked. Unfortunately, on the school bus it was hard to be liked — I was too nice for the rough kids, too dumb for the smart kids, and too klutzy for the cool kids. The rough kids were the ones to make life difficult because they were constantly on the prowl for unsuspecting prey to torture. A normal kid who was shy and slow with the comebacks made the ideal prey. At the time, I didn’t realize they too were living within the Class System. From where they were sitting I seemed to rate higher because I lived in a nice home with two parents. For some bizarre reason, the cool kids were never the targets. I assumed their trendy clothes and quick wit must have intimidated the brawny, socially challenged rough kids. Oh, how I wanted to be one of the cool kids.

The trip to and from school was made unbearable each day by the rough kids who liked to display their stupidity so no one could confuse them with the smart kids. Without fail, my only hope in escaping ridicule and harassment was to maintain a low profile–find a seat, slump down, and blend into the vinyl until the bus reached my stop.

One afternoon my teenage bus driver decided to declare a race against one of the other teenage school bus drivers (thus fully illustrating the reason why teenagers do not drive school buses today). As luck would have it, the race began on my street. Unfortunately, a stop at my house only served to interfere with the bus driver’s desire to win the race. He carefully instructed me to stand on the bottom step as he slowed down–he would tap on the breaks to quickly allow me a chance to hop off the bus. Then the bus could roar away at a whopping 45 miles per hour and pass the invisible checkered flag of the imaginary School Bus 500. Ignoring the stupidity (and danger) of the entire request, I wanted to appease the driver and the entire busload of students who shared his enthusiasm to "win". Everyone was chanting, and this was my one chance to shine…and earn a spot with the cool kids.

As the bus approached my stop, the driver pushed open the big metal arm holding the bus door to prepare for my carefully choreographed escape. Unfortunately, when the driver tapped the brake, I lost my balance and did a somersault out of the bus and into the grassy ditch! I landed headfirst into a big patch of ragweeds while my Coke-bottle glasses landed two feet away from me. A bit dazed from the entire experience, I had to blindly feel my way through the weeds to find my eyes to the world.

When I was finally able to pluck the grass out of my eyebrows and get my glasses firmly back on my face, I looked up to see…the bus stopped, every window down, and every kid staring. There was a momentary period of silence while they politely confirmed that I wasn’t seriously injured…and then the entire bus erupted in laughter. This was one of those self-conscious moments where there was no way to recover with any dignity. So I gathered my books and crossed the street in total humiliation — picking weeds out of my hair and dusting dirt off my knees the entire way. To put the final touches on the entire hideous experience, my mother welcomed me home and failed to notice the red clay dirt stains on my elbows or the ragweed still stuck in my hair. I was such an enormous klutz that she didn’t notice anything out of the ordinary in my appearance. She knew the wide-open floor could cause me to fall at any moment and didn't give it another thought. How was she to know I'd fallen off a public school bus racing to win… nothing!

Looking back as an adult, I don't know why I ever cared what anyone else thought. I don't know why I wanted to be a part of a group with a name. I don't know why I wanted to be friends with unlikable people — my friends were kids just like me who didn't fit into a category. Those were the people who mattered. In hindsight, I now have more respect for the kids who didn't fit than I ever had for those who did. As a somewhat mature, somewhat intelligent, somewhat cool survivor of the middle school Class System, I'm glad my misfortune created a way for those misguided young children to come together and be one big, happy group.

Oh, who am I kidding…I still don’t like that rotten bunch of kids…and I can't believe I fell off a school bus! What a nerd!