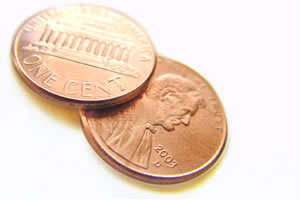 When I was pregnant, people couldn’t help but give me their two cents (and four cents, and six cents and eight cents…). Apparently, people assumed I hadn’t thought this parent thing through and I wanted -– no, needed -– to hear their advice and opinions on the subject. As a first time parent-to-be it wasn’t like I hadn’t thought about how things would change. I understood that having a child tended to be a life-altering event and while I won’t claim I was fully prepared for it, I knew I was getting into something big. Almost a year has passed since I gave birth to my son and sure enough, things have changed. But now as I reflect on the “advice” I was given, I can more fully appreciate how asinine it truly was.

Sleep when the baby sleeps.

Let me get this straight. I’m supposed to sleep when he does, which actually consists of catnaps that last anywhere from forty-five minutes to four hours at a pop at random intervals throughout the day and night? If he wants to sleep starting at, say, eleven in the morning for three hours, I should, too? I’m not designed to do that. I sleep at night with the occasional weekend catnap. And, if I may ask, if I’m sleeping when he’s sleeping, when am I supposed to do stuff? I don’t mean going to the gym or getting a manicure. I’m talking about eating, showering and going to the bathroom. When does that happen? Not when my son is awake because that’s when I’ve got to feed him, bathe him, burp him, change his diaper six times in a row, and entertain him. I guess I’m supposed to take care of me in my sleep. That would have been useful advice: learn to pee in your sleep.

You’ll forget about the pain of childbirth.

Excuse me? What have you been smoking and where do I get some? Admittedly, I was only in labor for five hours, which I hear is short for a first timer, but it was a pitocin-induced hell from which I won’t easily return. While I am grateful that my brain has allowed me to only have hazy recollections of the actual labor, I do recall, in stunningly vivid detail, how sore I was afterwards. I can remember that I couldn’t sit on my butt for three solid weeks unless it involved a doughnut under me, an ice pack or heavy narcotics. Supposedly I got off pretty easy since my son was a fairly average weight, so I can’t imagine what it would have been like had he been any bigger. And, I’m not just talking about pain down below either. Breastfeeding was not a pleasant experience, and I can easily recall the pain of trying to teach my son how to latch on to my scab encrusted nipples as tears were pouring down my face. I even called in the lactation consultant who assured me I was doing everything right. I just needed to get used to it.

Your relationship with your husband will change.

You mean, once we go from couple to threesome, things will be different? No way! I mean, I just assumed we’d still have the same sex life as before and never be too tired for it, let alone to kiss each other, or acknowledge we were in the same room together. And, we won’t always see eye-to-eye on child rearing? You mean, we’ll have knock down drag out fights over cloth versus disposable diapers? I just don’t believe you. I’m sure it will only be for the first few weeks after childbirth. Once those post-partum hormones clear out, everything will be just peachy at our house! Then it will only get better. I can’t possibly envision us not agreeing on everything as parents. That’s why we got married because we always agree on everything. In fact, we share a brain, that’s how much we agree.

You won’t mind it when Junior pees on you, poops on you, barfs on you.

I don’t like it when I do that to myself, so what makes you think I won’t mind it when he does it? Oh, because he’s my kid? Uh-huh. Sure. Poop is poop no matter where it comes from and I’m not going to appreciate it when his diaper leaks on me in front of my friends the first time he’s meeting them. It may look funny on America’s Funniest Home Videos but it’s not so funny when it happens to me.

Go out to dinner and the movies now while you still can.

I am perfectly well aware of the fact that I can’t drag my son to the 9:00 PM showing at the local mega multi-plex of the latest R-rated movie even if I am his parent and he has my permission to see it. I realize that the quaint French place that just opened won’t be thrilled when hubby and I show up infant in tow asking for a high chair. Are you saying this because when you add up the per hour rate of a babysitter plus dinner plus gas plus movie, we were better off staying in, staring at each other, and investing the money in a college account? Or are you implying that we’ll love being around Junior so much that we’ll never want to leave him? He’ll become the center of our universe and the only thing we’ll ever want to talk about is how wonderful his poop smells? In fact, we’ll only associate with other parents since they’ll be able to identify with us and won’t look at us all funny-like when we start talking about the aforementioned poop.

Being a parent changes you.

Really. Gee, that’s so darn profound. Thank you for sharing. By the way, are you talking about the mental part of me, or the physical part of me? I’m asking because my jeans still don’t fit. I’m thinking of only wearing muumuus from now on. That’s a change, now isn’t it?