Queer Eye for the Straight Mom 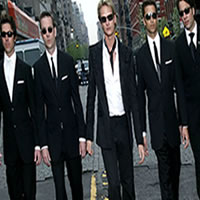 Unless you live under a rock (or are nursing a newborn, which is the motherhood equivalent of living under a rock), you’ve probably heard about the smash Bravo hit Queer Eye for the Straight Guy. The “FAB 5” as the team of gay decorators/designers/stylists have been dubbed, are absolutely everywhere — on magazine covers, network television, and talk shows. Suddenly being gay is cute and cuddly, and no longer a taboo subject for even mainstream media. The ratings for the show are so unexpected and incredible, that even advertisers aren’t trying to silence or censor the show. Unfortunately for conservative Republicans, gay people are so OUT, that they are IN.

The first time I watched Queer Eye I knew it would be an instant hit. It is a hoot to watch especially for those of us who love (or are obsessed with)make-over/home improvement shows. The fact that the FAB 5 are funny, romantic, and cute just makes them that more watchable and entertaining. To me it is refreshing to have the boys so openly and unapologetically out. And believe it or not, even knowing that they don’t like girls, I still have a secret crush on Kyan Douglas and Carson Kressley. Go figure.

Anyway, a couple of weeks ago I booked an appointment for “highlights” and a cut at a brand new color salon. I have been frustrated with my latest haircuts and coloring. And although I live a mere train ride from New York City, it sometimes seems as if I reside in a Third World country. On the makeover shows, the flamboyant male colorist always uses “foil highlighting” techniques. Out here in Jersey you’re usually treated to the old-fashioned “cap” technique from a cranky hairdresser who just wants to hurry up your color so she can grab a smoke.

Needless to say, I showed up for my hair appointment, not expecting much. I walked in and gave my name to the receptionist, who turned from me and called out, “Robert, your appointment is here.”

I immediately felt better. I was going to have a male colorist. I knew this guy would know his stuff. Oh yeah, and even without meeting him, I assumed he would be gay.

A couple of minutes later, Robert found me and we started the process. After meeting him I still thought that he was gay, not because of any way he acted or talked, but because he was a man who understood and gave a crap about hair and coloring processes.

As we talked he mentioned he lived in Ocean Grove – a beautiful shore town with tons of renovated Victorian Bed and Breakfasts and coincidentally a known “gay” inhabited town. But before I had anymore time to play the “is he or isn’t he game,” Robert nonchalantly mentioned that his boyfriend called him the other day at work and there was some problem.

O.K. so now I knew. My male colorist was gay. Big deal, right? It is what I expected all along. And it didn’t change the way I felt about him — well, except for the fact that I felt as if I was in good hands. Turns out that Robert lived up to the stereotype about gay men. He did know his stuff and I got some great “foil highlights.”

On the way home I began to fantasize about a new show called “Queer Eye for the Straight Mom” in which an exhausted, out-of-style, suburban mom is treated to a complete makeover from a team of gay men.

I’m sorry, but it’s simply not fair for the Queer Eye team to waste their amazing talent and energy transforming hetero he-men across the country. A more worthy “rescue” would be for the Queer Eye team to help out us moms who don’t have time to stay on top of the latest styles. There are thousands of us middle-aged moms who still don’t know what our signature colors are. Us moms know we need to update our homes, but don’t have the time or money to redecorate and renovate on our own. And for some reason, our straight husbands just don’t get excited about the whole home decoration and design thing.

That’s fine with us though. We don’t want to transform our guys. We don’t want them to be gay or metrosexual or spend more time and money on hair products than us. We just want to have a magical posse of gay men who run in and help when our straight guys are clueless and of no help at all.

So I send out a message to the FAB 5 — please guys, we need your help. You are every mom’s secret fantasy — five guys who come to our home, fix the dump up, buy us clothes, pamper us — and don’t expect sex in return. This is why we trust you, our fabulous photogenic friends. We know that you will actually be straight with us and tell us what outfits make us look dumpy, because let’s face it — you’re not trying to get into our pants. When we ask your opinion, say about what shade of paint looks good on the wall, you won’t shrug, burp, and say “they all look the same to me.” And you will never look at our shopping receipt and say with disgust “You spent HOW MUCH on a pair of shoes??”

Don’t get me wrong — we love our straight guys, with their pathetic knowledge of interior decorating and their total lack of any skin care regimen. And we can’t really complain too loudly. After all, our menhave given us beautiful children, and most days they still want to have sex with us — even when we look and feel like dirty dish rags.

But let’s be straight, a mom DESERVES a little a queer eye every once in a while, too. Don’t you think?