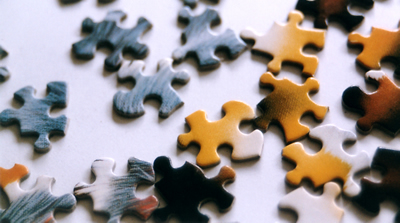 He’s 18 months old. I’m chasing him down, a diaper flapping in my hand as I stutter along behind him in my little imitation toddler steps.

I humor him for a few minutes, sing-song, “I’m gonna getcha! You better run!” He shrieks, of course, and worms away. I get him good and riled, grabbing him up and dancing my fingers across that pale, soft belly while he sputters a deep, almost grown-up sounding laugh.

I’m chasing him in the first place because, despite the game I’ve made it into, changing him truly is a battle—our first real clash. I give him toys, I sing stupid songs, I name body parts, make faces, but still he writhes and wiggles, squirms away, flips over, goes to hands and knees, scoots out of reach, howls when I pull him back. This time he bites me, too. The game ends.

I mean business now, so I get up on my knees and tower over him, pinning his chest to the floor while I lay out the new diaper. He takes the moment I need both hands so I can pull the diaper under him to take the advantage, and he’s on his knees again.

“Get back here,” I snip, trying to hang on to that playful tone. He means business, too. He turns his backside to me as if he understands the gesture, and shimmies further away. I grab for him; he giggles. I pull him down to the floor again and lean over him, blocking him between my arms. He kicks his foot up hard, landing on the bridge of my nose, sending a shock of white light through my skull.

I let go and put my hands to my face. He whips around right away—doesn’t damn care that I may have a nosebleed — and skitters off again.

But I grab his ankle, yank him back.

“Be still,” I hiss. I say the next part quickly, so he’ll miss it, run it together so I can’t hear myself say it. “Be still or I’ll beat the crap out of you.”

Later, I confess to my husband, who laughs. “Bad mommy moment,” he calls it. He makes me laugh, too, but I’m not sure I mean it. I’m not sure it was funny, but I laugh to make it so.

One morning I feel more like myself than his mother, but his pursuit of me is relentless. He comes and keeps coming, 6 months after weaning, but still physically weighing on me. He gets between my knees and grabs on, wanting me to drag him along.

I take out a puzzle, and sit him in front of it. When I leave the room he doesn’t cry and reach, he simply follows me.

Overnight he needed me twice. He’s learned not just to cry when he wakes up, but to call my name—my new name, Mommy.

I didn’t even give my name away at marriage, but on his birthday I buried it. Even people at work call me mom now: “How’s Mom doing?” “Is Mom hanging in there?”

This child is, of course, firmly embedded in my heart. I give him my name, my knees, my sleep. But today I want him to share it back, just for a little while. But he’s a miser, clutching and counting it in the corner while I mash his apples and dab at milk on the carpet that, otherwise, will spoil and stink.

One afternoon we take out cars and blocks. He’s aimless with them. I’m teaching him how to play. I start laying the blocks end to end, creating right angled turns, attempting a bridge. I extend the road through the playroom and into the family room and we push the cars along together.

We both get pleasure from the order of it—having a direction to drive in, a place to end up, but he moves away after awhile. I look up and he’s watching me play. He’s finished with the game, but I’m not, and I think he understands that this is something extraordinary. He’s watching a force in me that he’s never seen before and in that moment we balance. If he sits on my lap, I won’t be holding him—we’ll be sitting together.

When I learned that I was pregnant with the new baby, my first thought was of him, almost 2. He was on the way to experiencing the most profound loss of his life, and we would ask him to be happy about it.

We didn’t tell him right away—he’s too little. But when I was swollen, when my lap was gone, when it’s time to move his bed into another room, we lay on the spin.

All along I felt like a fraud. I’m actually with him on this. Suddenly, in month 8, I didn’t want a new baby. I didn’t want an alien life landing at the center of my family, pushing physical space between my living son and me, stealing my lap for 12 more months.

The first time I told the boy that I didn’t have room on the chair for him while the baby was nursing, he simply turned to find somewhere else to sit. But I called him back, pulled the baby under my arm, and opened a space just big enough.

When I was a child, I was able to talk myself out of my body. Even then I understood the difference between body and soul—at least, I knew that I was more than skin and bones.

I don’t remember my first experience with this feeling, but I could achieve a kind of purely metaphysical existence by repeating my name over and over and over, silently, in my mind.

This repetition would somehow slowly peel back the layers between physical life and utter consciousness so that, for a moment, always fleeting, I became aware of myself as a soul, timeless, faceless, connected to nothing and everything. I only did it sometimes, to see if I still could. I knew somehow that it was sacred, no parlor trick.

I tried again recently. I couldn’t do it. I’ve been searching for some reason, hoping to escape contemplating any loss of my essential self. Is it sharing a bed with someone else? Is it the clutter of everyday life? That I have so much more as a 30 year old than I did at 7? Is it too much caffeine before bed?

Putting my son to bed one night, getting drowsily lost in
The Three Bears as I recited it with my eyes closed, he laid his head on my heart.

This idea grew both wings and shackles as I turned it around in my mind. The child with his head on my heart picked his nose and wiped it on my sleeve and said, “Mommy, you missed the porridge part.”

The child is now three. He’s smart. He’s irritating. He’s bursting with affection. He tells me I look “stupendous.” He tells me he doesn’t like me. He pees his pants almost every day. He pushes his baby brother hard but gives him amazing hugs and kisses to make up.

As hard as I try to do things the “right” way, the way my mother and my sister insist is best, he still sleeps in our bed most nights. I squander an hour of grown-up time every evening to lie beside him every until he falls asleep. He plays blocks and cars on a stained carpet, sometimes scribbles crayon, once permanent marker, on a saggy sofa, and he eats refined sugar everyday, usually in his Lucky Charms.

Yet when my mother asks me about my life, even though I think I’m perfectly comfortable with how I live it, I still sometimes lie. I say both kids are sleeping great, that Owen has not had an accident in a week. That he loves peas.

The truth is, I am a happy mother, a willing mother. But I miss meeting myself in that space-before-dreaming—in the dark, in the night, in essence. I fear there are too many pieces of me scattered about, some still clinging to my parents, my siblings, some settling into the souls of my children, some patching holes in the furniture.

One night I will call those pieces back. I will fit them together again, admire them, memorize them, and then let them go. I don’t think I can stop them, I don’t even think I should. So I’ll let them go, let them flurry and land wherever they want to settle.