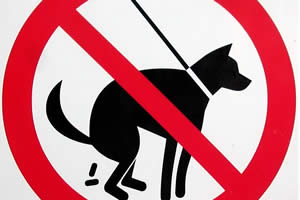 What is the fascination of children toward pets? GI Joe and Barbie are good enough to hold the average scurrying rug-rat but only for a few years. Invariably the subject of having a pet arises. You can run but you can’t hide! Having a pet is a prerequisite to becoming an adolescent! It is accompanied by that whiney, grating, noisy, flopping up and down, thrashing on the ground, holding ones breath until you get what you want scene, and that’s just me protesting! Oh, yeah, this is the same behavior youngsters have in the pet store in an effort to persuade you that having a pet is a good idea.

Pets come in all shapes and sizes, but it’s usually the big ones they want first. My daughter’s first request was for a pet elephant. If I remember correctly, I think “peanut” was her first spoken word. It didn’t help that my wife is a fancier of such humongous, largely overweight animals. That’s why I’m the apple of her eye! She likes elephants, too. This elephant desire was not easily squelched in our house because of the often-watched episode of The Simpsons where Bart wins a pachyderm in a radio station contest. “No honey,” we’d tell the youngster, “that’s just a cartoon! Elephants belong in the circus or the Republican party”. Come to think of it, isn’t that the same thing?

When I was a kid I wanted a dolphin. I figured all you needed in the back yard was a pool and some kind of watertight truck to carry it up the highway from Sea World. Can you imagine the rear end of such a vehicle swaying as it drove up the highway? As a kid I could actually visualize it.

Another clarion call was for my very own horse. Not such a big deal if you live on a farm or a place with a lot of land. We, however, lived on a postage stamp sized lot barely big enough for the house that sat upon it. Nevertheless, it didn’t stop the yearlong nagging I put upon my parents. It wasn’t until I realized that they had invested heavily in the earplug market that I gave up the ghost on that idea.

Kids are funny, but they grow up and then the real pressure for a less wacky domesticated animal comes into focus. A dog is a prime example. How many times can one parent say no to such a normal household pet? The older members of the family try the logical approach. “It’ll be good as a watchdog and make mom feel safe.” However, when you end up with a dog that has a high-pitched yap instead of a deep-throated baritone growling bark, that benefit flies out window. As I think back on my childhood I’m hearing the same arguments I heaped on my poor parents. My daughter is trying them out on me.

To this day when I review the family scrapbook I always come across that picture of my father with a pooper scooper in his hand, and he is not smiling! Children take as much care of the animal on the lowest rung of the family ladder as they would a brother or sister. Good heavens, that would be considered animal cruelty!

Having a pet is like perpetually having an infant in your care. They can’t feed themselves. There are particular needs when cleaning up after them. They tend to chew on everything, and create quite a mess of your shoes when they are growing (and that’s just the kids). You can’t leave the house or leave town without “special arrangements” or taking Fifi on vacation with you! The idea of spending 2,500 miles of highway time with a lap sitting Pekingese, their tongue flapping in my face from the necessity to stick its neck out the driver’s side window, isn’t overly appealing!

Man’s best friend? My family lineage consists of a long line of postal workers, utility company employees and various assorted other entities which required a work uniform. There’s nothing a watchdog likes more than to sink his teeth into the soft part of your tush when you wear one of those coordinated ensembles. It’s like waving a red flag at a bull. I never knew that postcards could fly until I saw them do just that out of a postman’s mail pouch. He was doing the 25-yard dash and high jump out of a neighbor’s yard. Postmen have to be very athletic or get used to spending time lying on their stomach as the family physician sews their wound that’s the shape of the Liberty Bell. If you know a postal delivery worker, you can bet there is a bell on their butt!

Much has been made of being a “cat person,” versus being a “dog person.” These pet owners fancy their animals as extensions of their own personalities. I know more people that are dogs than are cats, and usually they are men! Some pet owners are merely confused folks because they treat “Fido” or “Twinkie” like they are the people of the house. There are complete pet wardrobes including sweaters, pants, and accessories (diamond studded jewelry). My favorites are pet eyeglasses and dental braces.

Not to be outdone, there are equally delusional individuals practicing pet psychiatry! I can hear the conversation now:

"Doctor": I know you were the seventh in a litter that had a mother who could only service six at a time, but that doesn’t mean you should be pooping in your neighbors front yard!

Rex: I know it, Doc, but sometimes I can’t help myself. I think I’m addicted to a swat on the nose from a rolled up newspaper!

Doggie psychiatrists are sure to confuse a pup. “How will I ever get him to stay off of the couch at home if the doctor requires him on it in his office?” Exactly what university in this country educates veterinarians and qualifies them as shrinks? There are professors out there who need to have their heads examined!

Alas, no matter how much I object the tide eventually will turn against me. Since I want to be remembered as a kind, softhearted, loving, gracious, father, instead of my true identity, eventually I know I will lose this battle. Mind you, I could go a whole lifetime without knocking the pet bowl of water all over the kitchen floor and still live a fulfilled satisfying life. I’ll be the one that has to clean that up, too, I’m sure. However, I’ll be overrun in the family’s zeal to add another mouth to feed to our household one way or the other. I can see how this will all end.

Our beautiful little home will forever have a keepsake on the mantle over the fireplace in the living room. The family portrait will display us all together, including me, with a special look on my face, and a pooper scooper in my hand!