Of Mice And Kids 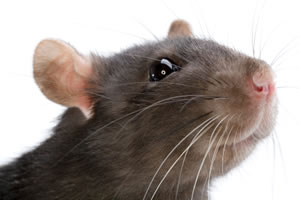 For months, my kids begged me for a pair of pet mice. In fact, the word "beg" doesn’t do justice to the extremes my girls’ went to in order to convince me to invite mice into our house. They swore they would take care of their new pet. They wrote and bound a book on how much they wanted these mice — there were actual Power Point presentations on the subject. Finally, I relented.

Yes, girls, we can get a mouse.

The endearing mouse names had been picked out for some time. A dark brown one would be named "Hot Fudge", a light brown one "Caramel". The girls would get what they wanted and I would use this opportunity to teach my children some very important life lessons about responsibility and commitment.

Why did all my honorable intentions go so horribly wrong?

I was the good mother. I researched which rodents were low maintenance and kid-friendly. After much consideration and planning, we bought two mice because during our research we found that mice were social animals that need companionship.

Apparently one of the mice I purchased didn’t attend the mandatory rodent socialization class because within three weeks of cohabitation in a small cage, he outright murdered his cage mate. We went down the cellar to feed our pets, and there was poor Caramel lying dead with obvious trauma to his furry little body. Hot Fudge was furiously running on the exercise wheel pretending he knew nothing about his dead brother. But I swear I saw a smile of satisfaction on his little rodent face. He looked as though he was quite pleased with the fact that he now had the whole place to himself. The look was as close to smugness as an animal can get.

My girls learned "Important Life Lesson Number One": Everything dies. They were devastated (and permanently scarred) from seeing the results of a rather violent mouse mauling, but they were beginning to understand the concept of survival of the fittest.

Over the course of the next few months, the kids learned "Important Life Lesson Number Two": Don’t believe everything you read.

All of the research we had done regarding keeping mice as pets was for naught. These horrid creatures were far from ideal pets for kids or anyone else, for that matter. They smelled like death — marking their territory over and over with the most abhorrent scent. They are a noisy, nasty, vile subspecies that are better left to scurry aimlessly in the nether regions of civilization. The mere thought of going down the basement to feed Hot Fudge made the bile rise in my throat. As soon as the basement door was opened, the smell would hit me like a gallon of mice urine. I considered purchasing a gas mask, but I couldn’t find one that was stylish and reasonably priced. I had to suppress my gag reflex, put my head down, and carry out the duty my kids’ swore they would fulfill — feed the rodent. I made a quick mental note to insert an addendum onto "Important Life Lesson Number Two" of "Don’t Believe Everything You Read" to include "Don’t Believe Everything Your Kids’ Tell You."

Fast forward to four months later when I was left in charge of the murderous Hot Fudge for one week. All I had to do was remember to feed him. When the kids called four days into their vacation with their dad, the first question out of their mouth was the obvious one:

"Mom, how is Hot Fudge? Did you remember to feed him?"

The first question out of my mouth was, "Feed who?"

The fact was, I hadn’t even thought about that putrid creature in days. My daughter heard the hesitation in my voice.

Panic set in, and the cover up began.

When I found his dead carcass, his mangy, fur-matted head was hanging lifeless in his oh-so-empty food dish. There was no question — that mouse died of starvation and it was entirely my fault. Now I had to get rid of the evidence and clean up the crime scene. My two year old son Jason and I went to work. We carried the cadaver (cage and all) upstairs, out into the backyard, and unceremoniously flung him and his urine-soaked bedding into the bushes behind the house. I was already concocting the story I’d tell the girls when they returned and found their beloved pet gone. I’d tell them the mouse had run away when I inadvertently left the cage door open after I fed him. I staged the whole scene in the basement. I re-assembled the cage, filled up the food bowl, and left the tiny wire door wide open. I thought this plan was foolproof.
That was when I realized that my two year old was the weakest link. He heard me talking aloud to myself and repeating that I couldn’t believe the mouse had died. Later in the day I posed a question to him. I asked him what happened to the mouse; I was trying to find out if he might be able to communicate the real truth to his sisters. He answered quickly in his two-year-old baby talk:

This brings us to: "Important Life Lesson Number Three": It’s not the crime that gets you, it’s the cover up. We can tell white lies to our kids all the time, but we must be exceedingly careful about letting others in on our secret. At all costs, avoid being un-masked as a liar in front of the children. Oh, and don’t trust babies.

At this point, I was thinking that maybe I should just come clean and tell the girls that Hot Fudge died of natural causes. Of course, that would mean retrieving his little body out in the woods in order to give him a proper burial. Frankly, that was just too much work that I was not willing to do. It was getting close to the time that the kids would return and I’d have to break the bad news. I was getting edgy. Would the baby give me up? I should have done a better job with the body disposal. I could have tied teeny tiny weights on his disgusting little claws and dropped him in the river. Hey, that’s how the mob handles their little "problems", why not me? Or I could have made it look like suicide; he could have had survivor’s guilt. I could have planted an itsy bitsy little handgun at his side with a note to the family about how he just couldn’t go on anymore knowing he had killed his cage mate some months ago. Murder weighs heavily on a mouse’s head.

A few days later, the girls returned and, ironically enough, didn’t immediately ask about the mouse. I was bursting at the seams to clear my conscience and confess the made-up tale of Hot Fudge’s escape. I saw my opportunity when my oldest daughter put on her rubber gloves and pulled her turtleneck up over her nose — both were sure signs she was heading for the basement to feed her pet.

"Sweetheart, before you go down that basement, there’s something we need to talk about. While you were on vacation Hot Fudge ran away because I left the cage door open after I fed him. I made a giant mistake and I hope you can forgive me."

Only her tear-filled eyes were visible under her makeshift turtleneck gas mask. She screamed something unintelligible and ran into her room, slamming the door for effect. My youngest daughter heard my confession and sweetly attempted to comfort me, as only a five year-old could, by offering me her half-eaten cookie.

"Important Life Lesson Number Four": We must ask for and offer forgiveness throughout our lives. My daughters learned how to forgive and I learned how to keep a straight face while telling a blatant, shameless lie. I have struggled with coming clean to the kids, but then I thought I would much rather have them envision their pet running free in the wild rather than picturing his rotting corpse decomposing under a backyard bush.

Not long after my confession, I came home from an exceptionally long, tiring day at work to find my eleven year old daughter cordoning off an area in our backyard with a long rope and some sticks.

"Hey mom, I have a Social Studies project at school. We have to perform an archeological dig in our yard and document our findings. Wanna help?"

Much to my horror, she and her little sister were standing near the site of the body disposal and they were precariously close to coming across the mouse carcass and his discarded bedding. They both saw the look of panic on my face.

I dug deep into my soul to find something to say to get them away from the scene of the crime. I almost blurted out the whole truth right there. But suddenly, a Zen-like calm came over me and all at once, I knew how to handle it. I took a deep breath, regained my composure, and said:

Had I created a diversion to avoid being found out? Sure I did. But in doing this, I learned "Valuable Life Lesson Number Five": Sometimes as a parent, I don’t always do the right thing. Often, I opt for the easiest thing. But in the end, as long as my "right things" outweigh my "easy things", I suppose my kids will grow up to be decent human beings.

Thankfully, the kids dashed into the house and quickly set the table in anticipation of their promised ice cream sundae dinner. I scooped out their favorite flavors and we all sat down to feast. I noticed my five year old rummaging around the refrigerator. I asked her what she was looking for and she poked her little blonde head over the fridge door and said, "Mom, we can’t have ice cream sundaes without hot fudge, silly! Where did you put the hot fudge?" I shoveled my ice cream into my mouth in order to cover up a rather devious smile and thought: