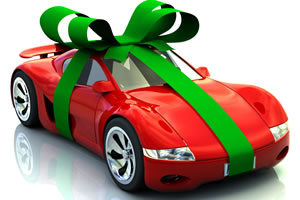 I am watching MTV’s "My Super Sweet Sixteen", as a girl sneers and gripes her way through a rack of dresses. She can’t decide which would make her look less sneery and gripey, so she informs her mother, "I’m taking all of them." The seemingly lobotomized mother near-silently agrees, offering up her credit card like a robot, paying for the pile of silk, sequins, and spaghetti straps. Later, the daughter looks into the camera, telling us that she "deserves" the $100,000 car of her dreams (her thinking must be that being demanding, sullen, and bitchy are hard work deserving of reward). Fade to commercial. Only three words come to mind.

I can’t decide what MTV’s point is. Are they poking fun of the spoiled monied kids, trying to show the audience how expectant-yet-miserable children of the uber-rich are? Or are they trying to show us how things could (or should) be, if one is lucky enough to be born into a family to whom money is no object? It hardly matters. All I know is my fourteen year old is so jealous she can taste it. She watches this show regularly, and I know she’s making mental notes: a perfect, rockin’ party needs MP3 player invitations, a rented night club, an internationally popular live band, and a wardrobe of outfit changes. "My Super Sweet Sixteen" has made kids in the audience think that an acceptable sixteenth birthday present is a smokin’ hot car (or in some cases, TWO cars). Driving around town, my daughter points out various and sundry brand new cars saying, "That’s the one I want."

Twenty years ago, my sixteenth birthday consisted of my family (parents, brother, sister, and me) having dinner at Red Lobster. I can’t remember what gift I received, but I know that it was not any car, much less a new one. After filling my belly with salty, greasy fried crab cakes and shrimp, I went home. I went to sleep. And I was happy. Because "My Super Sweet Sixteen" wasn’t around back then to tell me that more is much, much, MUCH better.

In less than two years, my daughter will turn sixteen. She’ll probably want a party. She might get one. There will be music… from our stereo. There will be a few close friends, not hundreds of strangers wondering aloud, "Who’s the birthday girl?" We will eat cake, but it won’t be a $1000 sphinx head cake, I will bake it. From a box. There will be lots of laughter. There will be balloons. And, if she has done well in school, and truly earned it, there will be a car. Not a Mercedes or a BMW. She will inherit the ’96 Jeep my husband drives now. She’s a good kid who has a good head on her shoulders, and knows her place in the world. I think she’ll go to bed that night, and go to sleep. And she’ll be happy.

And if she’s not, fuck MTV.