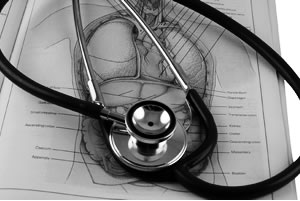 I’ve gotten to know my lungs pretty personally in this last, ninth month.  Before pregnancy I really had no relationship with my lungs.  But since the baby has pushed his feet into the north end of what had always been lung occupied territory, the lungs are tapping on my lower esophagus, trying to catch the freight elevator up to someplace — anyplace — in order to find some breathing room. In the last few days I thought, “What if I suffocate from the inside?”  I’d been suffocating from the outside for years now, so the feeling wasn’t different, just inverted. What if the baby takes up more room in me than I’m using?

Lungs are very serious substitute teachers. The ones that come in with their own assignments for class, not the ones that let you read or sleep all period.  Lungs slap on the chains and climb the mountain road in the snow if they have to; starving, if they have to. They hate the baby.  They barely tolerate exercise, but they definitely always counted on having their space.  In their natural state, the lungs are a comfortable yuppie gay couple living in a spacious loft apartment in SoHo, and this baby is a 300-pound redneck cousin who has come to visit. Naturally, they’re devastated.

The baby stomach in general feels like you swallowed a backpack and it’s strapped on in front of your spine, filled with water balloons.  The baby is hanging there, one foot planted in each lung, swinging and dangling, and the lungs are trying like hell to stay attached to my ribcage.

Lungs are a lot lower in the chest than I thought they were, too. The way I breathe, if I had to guess, I’d say my lungs were located somewhere in the sides of my neck. With pregnancy, you can locate your lungs easily. They’re pulled way down, like Gramma’s sagging boobs — almost halfway to your belly button. Apparently the lungs run into your back, but in this case, all the pieces have come forward and lined up for this baby emergency. They’re working as a unit, lining the flooded street with sandbags, ordering soggy sandwiches, boarding up windows — anything to help stave the impending onslaught.

When my body reaches maximum capacity, in those last few pregnant seconds, I hope my lungs heave a monsoon breath and shoot the baby out like a loaded spring — then, the gaping silence. There’s the baby, over there, everyone’s crowding to see him. My body rearranging itself in the aftermath, like the end of a Tom Cruise war movie. My lungs staring around at the rubble. Breathing again, pulling a tattered shirt over a scraped shoulder, alien defeated, walking home, breathing deeply, victoriously. In a perfect scenario, months later the memory is gone, my lungs are flat shelves, guys that work in an air conditioned office with plenty of vacation time, wondering what all the commotion was about.