My Journey Through Bipolar Motherhood 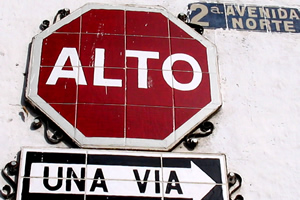 I was 37, and I wanted to have a baby. Because I had bipolar illness, we had to make sure that the medications I was on wouldn’t hurt the fetus. All three of my meds — Trilafon, Anafranal and lithium — were relatively safe. Yes, I was on lithium, but the current thinking is that lithium is relatively safe for a developing baby. So my husband and I started trying. We made love constantly, until it became a chore. After we had sex, I’d lie with my hips on a pillow. Sex became a real pain. When we weren’t having any luck after six months, my gynecologist suggested that we get infertility counseling. The infertility people put both of us through a lot of tests, and it was determined that nothing was wrong with us so they decided to try artificial insemination. I remember during our first insemination, I had my husband hold my hand. How romantic! They got to be routine after six or seven.

After that ordeal, the infertility doctors said we could try in vitro, but I had a feeling that wouldn’t work either. We decided to go with something a little more promising — adoption.

We went to a domestic adoption agency. There we were interviewed, and it came out that I was bipolar. I didn’t want to lie to them. Nevertheless, we were approved for a home study. The home study began, and so did the questioning. Had I ever had a hallucination?

My home study social worker didn’t laugh, although it was funny.

The interviews went downhill after that. There was just no way that I could prove to them that I was sane enough to adopt a child. Anyone who was hallucinating a head of broccoli was really bonkers.

They stopped the home study process, saying that no expectant mothers would chose me to be the mother of their child.

We had nowhere else to turn but to an international adoption agency. Again, I was up front about my medical condition, but this time, the adoption people acted like my bipolar illness didn’t matter very much. They said that I could adopt from Guatemala.

We started another home study, and this time, I decided that I would be more circumspect about the details of my condition. We had to rely on the word of my psychiatrist. It became a difficult waiting game. In his letter to the international adoption people, would he say that I was able to be the mother of a child?

I can’t tell you how hard it was to wait and see if I was sane. Finally, the letter went out to the agency, and I got a copy. "Yes," it said, "she’s fairly stable, and I think she’ll be stable in the future." Hurray! I was sane. I knew I was. I just needed to see it in writing. After that letter went out, it was only a matter of time until we got our referral, and were ready to travel to Guatemala.

Then came the questions. "Don’t you want an American baby?" my neighbor asked. And of course, I couldn’t say that we were forced into international adoption because of my medical condition. "Well," I said, "we want to help a poor orphan from another country."

Someone asked me, "Why Guatemala?" I couldn’t say that Guatemala is one of the few countries that allows people with mental conditions to adopt, so I said, "I love Guatemala. It’s a beautiful county." Finally, after all the BS and red tape, we found out that we were traveling in January to pick up our baby. He was a boy and he liked to eat, sleep and take a bath.

Then came the worry of the trip. Would it destabilize me? Airports had, in the past, been triggers for me. They upset my apple cart, so to speak, triggering bouts of mania. Not only did I have to endure airports, I had to survive international, third world airports, a five-hour flight and five days in country.

The trip to Guatemala was, praise the Lord, uneventful. I was fine. We got to the Marriott in Guatemala City — it was beautiful there, and no wonder Guatemala is called "the land of eternal spring". We were excited because tomorrow, we were going to get our baby.

The next day, we were the last couple to receive our child. He was absolutely beautiful, bursting out of his 3-6 month outfit. He was three and a half months old, and he was ours.

We took him back to our hotel room and changed him. I put him into clothes I’d brought. But first I gave him a little bath in the sink. I took a big, white, fluffy bath towel and lined the sink with it. He didn’t have a speck of diaper rash. He’d been very well taken care of.

The day before we were ready to leave Guatemala, I was getting off the elevator and I ran into another adoptive family. I said, "I can hardly wait to leave tomorrow." The woman looked me in the face and told me, "You’re not going anywhere."

"There’s an air traffic control strike, and no planes are flying out of Guatemala."

I literally crumbled. Surely this would spark a manic attack. "But I want to go home," I told my husband back in the room. "These strikes could last for months."

Luckily the strike lasted only one day.

The trip back was a little harder because we had the baby. But I had no trouble mentally. My condition did not flare up. We had a six-hour layover in Atlanta. It appeared that we wouldn’t get out that night. Another delay. We did have one problem. We didn’t have enough formula for the whole night and the next day. We’d only brought what we thought we’d need. We didn’t plan for emergencies. That was a big mistake. Why hadn’t my husband bought formula when he bought the extra diapers?

Again our luck was with us, and a couple who had been at the hotel with us gave us a can of formula. Once we got on the plane, we knew we’d be home in no time. Finally, we were deplaning in our hometown. As I was coming out of the plane, while stepping down the portable stairs, I hurt my back. It was raining/snowing and the steps were slippery. I almost fell to the ground and dropped the baby! I regained my balance, a metaphor for what the whole trip had been about — maintaining my balance.

We got home, and for the first few months, things went like clockwork. I got up at night and fed the baby. I stayed home and took care of him. We were all adjusting. Then, I started to feel empty. The problem was I wasn’t attaching to the baby. I took care of him, but I didn’t feel like he belonged to me. I went to see a psychologist who said it was because of lack of sleep. She told me to wean the baby off late night feedings so that I could get a full night sleep. We did just what she said. We used the "cold turkey" method, starting that night to let him cry when he woke up for his bottle. It took about two nights of crying, and soon he realized that he wasn’t going to get this bottle, so he started sleeping through the night.

Presto! In a week, I felt more bonded to baby. (I had been a little worried if getting up at night would destabilize me, causing me to become manic. But I had nothing to worry about because I was nowhere near becoming manic. God was with me.)

But then I got depressed. Stinking, awful, black, grouchy depression. I could barely get out of bed let alone take care of my baby. Oh, God, it was awful. I quickly went to my psychiatrist, who told me he was happy that all that had happened to me was that I got a little depressed. He put me on Prozac. He asked me, "Do you regret your adoption?"

That was a hard question. I had to answer truthfully. "Sometimes."

HOW I DID IT

My baby is now 14 months old. He’s healthy, normal and beautiful. People tell me he’s the most beautiful baby they’ve ever seen. And now, I can honestly say that I have no regrets.

It is clear that I got through some very hard times. How did I do it? There were several crucial things that got me through. They include the following:

Since we first started trying to conceive, it’s been five years of heartache and joy. My husband and I now have a child. We’re thinking of going back and getting number two. My bipolar illness seems like a thing of the past.

I can tell you, I’m a lot older and a lot wiser. Raising a baby is totally give, there’s very little take. But I’ve been so blessed in my life, it’s time to give a little. I am giving back one day at a time. I’m learning so much.

But most of all, I’m grateful to be a mother, even though I’m a bipolar one.