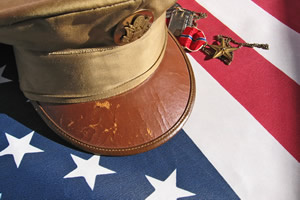 Memorial Day is, of course, a day that pays tribute to those men and women who have lost their lives serving our country as military personnel. Memorial Day was officially declared a day of remembrance by General John Logan in 1868 as an official salute to those fallen soldiers who paid the ultimate price of sacrifice to their country. It has traditionally been a day to lay flowers and respect at the graves of those who lost their lives in the armed forces.
In the recent past, Memorial Day has lost its meaning as Americans looked forward to a three-day weekend and family BBQ rather than taking time to observe the heroes who continue to go into battle whenever called upon. After 9/11, tragedy evoked a resurgence of pride, emotion and gratitude upon the American people. Today, parades, speeches and tradition as exploration of the true meaning behind Memorial Day have been increasingly popular again. Arlington National Cemetery is wrought in custom as a ceremony is performed and marked by flags on each soldier’s grave, as well as the tomb of the Unknown Soldier. Typically the vice-president gives a speech. An American flag is flown at half-mast to observe our fallen soldiers appropriately.
No matter what your feelings are on past or present wars, it is nearly impossible to argue that the men and women of the armed forces are true heroes by way of public servitude, and that they are some of the most giving and selfless people on earth. Take a moment to remember those who died in the line of duty, protecting your freedoms, your life and your nation. Your life would be much, much different without these brave soldiers. Be proud and support our troops!
In December 2000, Congress passed the National Moment of Remembrance Act, which encourages all Americans to pause at 3:00 pm on Memorial Day and take a moment of silence to honor those who died while serving our country. Wherever you are, stop and think about what it means to sacrifice your life so that others can be free and live well.
The following is a list of past wars and the numbers of soldiers that perished:
American Revolution (1775 – 1783)
4,400 American Soldiers died
War of 1812 (1812 – 1815)
2,300 American soldiers died
Civil War (1861 – 1865)
134,000 American soldiers died
Spanish-American War (April 25, 1898 – April 12, 1898)
2,500 American soldiers died
WWI (1914 – 1918)
117,000 American soldiers died
WWII (1939 – 1945)
407,000 American soldiers died
Korean War (1950 – 1953)
36,500 American soldiers died
Vietnam War (1965 – 1974)
58,000 American soldiers died
Persian Gulf War (August 1990 – April 1991)
148 American soldiers died
Afghani War (October 2001 – Present)
Approximately 493 American soldiers have died and the number continues to rise as the conflict still continues…
Iraq War (March 2003 – Present)
Approximately 4,070 American soldiers have died and the number continues to rise as the conflict continues…