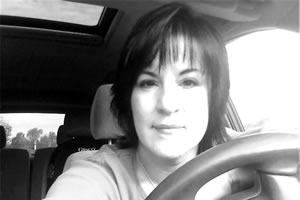 I grew up speaking Hungarian with my parents and learned to read and write the language, thanks to my maternal grandmother who insisted that at least one of her 18 grandchildren learn the "mother-tongue".
Even more so today, as a Mom to four beautiful growing little minds, I appreciate the advantages of being afforded the opportunity to use words in many colorful and bi-lingual ways.
My children are very lucky to have such wonderful Grandparents as both sets have always been involved in their every day lives. They are able to appreciate and learn, first hand, from their maternal Hungarian and paternal Scotch-Irish heritage through the introduction of language, home movies, family stories, loads of pictures and my in-laws favorite hobby — genealogy.
My parents found themselves mainstreamed into the English-speaking world. My Mother began her first year of high school here in America and took the same bookkeeping, typing and English classes as her English-speaking classmates.
I can’t imagine it.
How did she manage not only the pressures of a teenager trying to find a place to fit in, but also that of one from a foreign country?
Her only assistance was that of a sympathetic teacher of Hungarian descent who volunteered to tutor my Mother after school hours, though she was expected to keep up with her normal workload.
Failure was not an option.
My Father was nineteen upon entering his newly adoptive country, and on his second day as a green card-carrying private citizen, he sought employment without the aid of multi-language applications or instructions. Experience was his classroom — educating himself through trial and error and picking up English along the way from co-workers and television.
Although, my Father did say that within his first few months here he was very proficient cursing in English.
My twin brother and I began Kindergarten speaking Hungarian – a difficult pill for our early educators to swallow. Our elementary school didn’t offer an ESL (English as a Second Language) program, and nursery school was a luxury way back in the very beginning of the seventies. Unlike today, where a child would easily be found left behind the pack if he or she did not attend some sort of organized form of education as that of a preschool.
Our preschool classrooms were the six channels (black and white) we had to choose from back in the dark ages before cable, satellite and clicker driven television where we grew up watching the likes of Sesame Street, The Electric Company and Mr. Rogers.
So, with that said, growing up and simultaneously being taught Hungarian and English was very weird for me. And it’s probably even weirder for my children.
When visiting with my parents, I often find myself in conversations falling somewhere in between both languages.
My children watch us, as my parents and I quickly flip from Hungarian, to English, and back again (right in mid-sentence) and have compared it to sounding very much like someone being physically ill – yackadoodling as Holly’s second grade teacher used to call it. They have been able to pick up a lot of Hungarian words and even my 4-year-old tells my parent’s dog to, “Fegud le!” (lay down) or compliments my Mother with, “Fenom leves, (delicious soup) Mama!”
My parents would love to have their grandchildren learn Hungarian — and so would I — but, I think this would be difficult as both languages seem to constantly contradict each other.
English is much easier on the tongue to speak than Hungarian.
There are 26 letters in the English alphabet versus the 36 phonetically driven letters in Hungarian… I rest my case.
However, writing in Hungarian is a walk in the park compared to the horrors of silent letters, homonyms and “i” before “e”, except after “c” type rules of English.
There is one aspect of our two vastly different cultures that seem to remain universally the same… Hungarians can curse like nobody’s business!
So vial and corrosive that — laced with spit akin to battery acid, if formed correctly — I couldn’t even begin to translate their verbs and adjectives without breaking into a sweat and feeling as if my tongue would spontaneously combust after uttering just three syllables.
Often times, our English translations just don’t give the same insulting kind of ooomphf!

So, one Monday morning after visiting with my parents the day before, I was sitting at our breakfast table with my two youngest children. I was enjoying my usual bowl of Cheerios and banana and attempting to read through the sale papers I had neglected, when my 4-year-old drops her spoon and blurts out something that I couldn’t quite get. I do know that it must have been funny, because her 6-year-old brother is cracking up and hysterically snorting into his bowl of Rice Crispies.

"What did she say, Little Man… I missed it?"
He stops laughing long enough, but cannot restrain from giggling, "Hopey just said: A budos, corva Anyad, just like Papa taught us to!"
I apologize to any Hungarian speaking folks, because very loosely translated (but, heavily censored) my adorable little cherub of a 4-year-old daughter just called someone’s mother a, “smelly, trashy and not into monogamy-type of woman.” Without a trace of an American accent, either.

I did learn something new that morning, as well — that I could probably take a blue ribbon, as “the mother who could yackadoodle Cheerios, laced with banana, the farthest….”