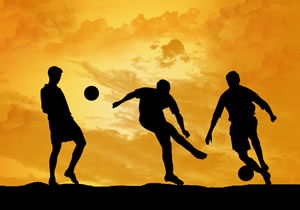 I made her retake the test three times, just for accuracy.  No, not the paternity test—I’m not that big of a tool—I’m referring to the evil, double pink line test.  Prior to that, I thought the only reason to celebrate urinating was the first voiding after passing a kidney stone.  But after she thrice shoved that little plastic pee stick in my eye, I did get sort of excited.

“I’m pregnant, it’s your fault,” she so eloquently put it, and instantly you want to call everyone you know and tell them that you’re having a baby.  “Dad, I’m having a baby!  How do you afford this thing?”

The only thing even remotely as Lipitor-inducing to the double pink that I experienced is a six hour marathon known as the MCAT test.

How do you afford having a kid? What type of father am I going to be? Those are the two thoughts that consume me. I know once I see my little boy, excitement is going to take over, but until then, I’ll continue to stress away. And, since I am resigned to forever being broke, I’m going to focus my efforts on being a good father. I’m going to use my childhood, as a primer of sorts, a blueprint for how to parent.

I think it’s natural to feel that your childhood was messed up, but according to a therapist, mine actually was. My mom and dad were divorced or divorcing bi-annually. They never showed up to one of my basketball games, and despite making close to $300,000 annually, made me pay for my own college education while claiming me on their taxes, which hindered any sane institution from granting financial aid. I love them, but they were selfish. My mom actually used twelve grand for a face lift and plastic surgery, while my sister and I were DISCOVERing the joys of running up twelve grand in debt trying to finance our college semesters with our best friend’s VISA and MasterCard.

Despite their selfishness and inadequacies, I plan on parenting in the exact same mold. History is a predictor of the future, and my history is strong. I can honestly say that I plan on living vicariously through my son, the way my parents lived through me.

Vicarious living has such a negative connotation to it, but really how bad is it?  I think I turned out okay.  I have few mental problems, I communicate well, am not totally socially stunted, yet my parents did everything they could to get me to earn a college scholarship for sports, minus actually showing up to my games.

I remember being roused at four in the morning for plyometric training and sprints by my father.  “No other kids are doing this,” he would proclaim.  Sure, he had zero education besides what he saw in a Bulls infomercial, but getting training over with beat the four hour lecture for refusing to do it.  My mom, for the life of me, couldn’t multiply anything, and her definition of algebra involved getting quotes for plastic surgeries. But, she pushed me to no end to be that doctor, partly to flaunt to her friends that she had a doctor son and for the free plastic surgery. My parents actually fought over whether I would be running or reading on some nights. Each one wanted to use me in some way, to achieve things they were never able to do.

Sometimes I talk in therapy how it bordered on abusive, and yet, I plan on repeating their example.

I never have touched a soccer ball in my life, but you bet my son is going to be the next globally branded David Beckham, and I’m going to be his only (partially corrupt) marketing manager. I want his brain to be so developed that he doesn’t have to hawk cancer treatment like his father, but can be the one diagnosing and treating. In essence, I’m going to live through my son, and make him do all the things that I wanted to do in life; but either due to a lack of work ethic, or lack of talent, fell short of.

Is that such a bad thing?

I certainly begrudged having to wake at four in the morning, instead of sleeping in like any 7th or 8th grader should be doing. I developed such a habit of it, that the idea of smoking a cigarette, even though both my parents smoked three plus packs a day, never crossed my mind. When your sole focus is on getting an A, or training 30 hours a week in a sport your father obligates you to play, you become oblivious to drugs. Even when your best friend is the one smoking up.

If being "that parent" keeps my kids off the bad things in life, then sign me up. I’ll even enjoy the moments where I can sit in the stands and say, “that’s my boy, and I taught him everything I know,” without ever having played a day of soccer in my life.