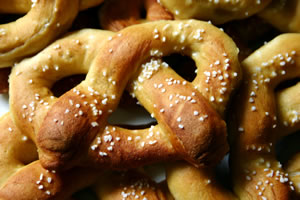 Raising kids would be a lot easier if adults weren’t involved. Sure, kids whine, beg, tend to be messy and basically act their age most of the time. But so many grown-ups, with enough years spent on this planet to know better, are more confused and annoying than the children.

There are the moms who volunteer at their child’s school and cling to certain cliques of other moms, as if they’re still homecoming queens. Anyone not in their chosen group is scrutinized like interlopers — as I felt one afternoon while volunteering at my daughter’s school bake sale.

As if I were dusting the baked goods with PCP, when all I was doing was arranging cupcakes, a woman in a helmet of blond hair asked me, “And whoooo are you?”

And then there are the peer pressure parents who haven’t out-grown their need to bully. Only now, instead of bullying peers into puffing cigarettes and ditching school, they use their taunting skills on other parents.

One afternoon, my daughter and I went to a picnic for a parent-child meeting. Mothers sat in groups on blankets eating their lunches, as the children hung out together. My daughter, who was ten at the time, asked if she could walk a few blocks with her new friends — girls about twelve or thirteen years old — to a deli. When she asked me if she could go, the other girls’ mothers were sitting just a few feet away from us and so they overheard.

“It’s only a few blocks away,” one mother, I knew slightly, tried to persuade me.

But we were in a heavily trafficked area of Los Angeles in which I wasn’t familiar, these girls were older and I didn’t know them well, and more importantly, I didn’t feel comfortable with the idea.

I looked at my daughter, ignoring the mothers, and said, “No.”

My kid didn’t like my answer, but accepted it, and walked away.

That’s when the mother started, “Oh, come on. Don’t be such a worrier,” she said in a condescending tone, and then laughed and continued. “You have to let her grow up sometime.” She laughed again as the other mothers chimed in, "Hee hee hee hee." Next, I expected them to tuck their hands under their arms and taunt me with, “Chicken!”

So I walked away, got my daughter and left.

And just when I thought grown adults couldn’t act any sillier, I went and volunteered to be chairperson of "Movie Night" at my daughter’s elementary school. It became my responsibility to organize child-friendly films for the students to watch once a month in the school auditorium.

One morning, with the children gathered on the schoolyard, I announced that the movie for the month would be "Matilda", an adaptation of Roald Dahl’s classic book. Afterward, the children and parents began leaving the yard. That’s when two moms with stern faces approached me.

Mom: Haven’t you seen it?

Mom: Well, the parents in the film tell Matilda that books are bad and that TV is good.

Me: Are you serious?

As if the kids wouldn’t understand that the over-the-top parents in the film are obviously crazy and cruel.

Not long after that experience, on the advice of a friend I trusted, I placed my daughter in a school that was so self-esteem focused that even the mildest form of competition was squelched. Few team sports were allowed except flag football. While some of the kids chose to play, others — like my kid and her friends — decided to cheer on the sidelines.

But when the cheerleaders began yelling, "We’re number one!" the director of the school ran over and told them not to yell that because it would hurt the other team’s feelings.

She suggested the following non-competitive cheer:

”Apples, bananas and grapes!
We’re Tarzan of the apes!”

The kids were left stunned.

Too many adults don’t get it; kids understand more than grown-ups give them credit for.

One morning, I was driving my daughter and her friends to school while listening to the car radio. The news anchor reported that McDonald’s was being sued for making people fat. The kids heard that and burst into giggles.

But that makes too much sense in a world run by adults.

And when I talk about adults with no sense, I can include myself in that group.

On that Valley Forge, Pennsylvania field trip I chaperoned, one of the kids in my group was a boy so fatally allergic to nuts I had to check with the kitchen staff before every meal to make sure absolutely no nut products were used. I was diligent, until the day we went to a pretzel factory and I held out a hunk of a filled pretzel to the little guy, "Here, have one."

He looked up at me with huge brown eyes, as if he was wondering what kind of horrible human would ask such a thing. "No," he said.

"Why?" I asked, while nibbling my pretzel without one bit of sense left in my head.

The pretzel was filled with peanut butter.

Yep, I’m convinced. If today’s kids can just hang onto some of the sense they have right now, the world of the future just may be a sensible place to live.