Interview: Jeff Kinney, Author of ‘Diary of a Wimpy Kid’ 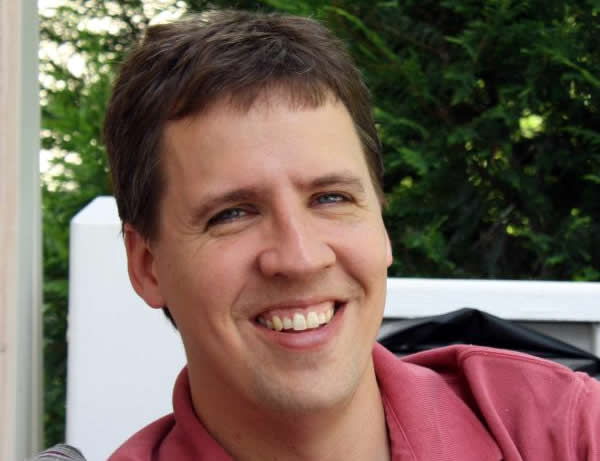 Imperfect Parent: Jeff, we have two boys right in the main demographic for Wimpy Kid, so we decided to turn the questions over to them since they are huge fans. They were wondering, did you have a Rodrick type sibling in your life growing up?

Jeff Kinney: I think that anybody who grows up with a teenager in their house knows what it’s like to live with a Rodrick. I have an older brother, a younger brother and an older sister. At various points in our life, we’ve all been at the Rodrick, and we’ve all been the Manny.

What Rodrick does have in common with my older brother is that they both play the drums in a band. Luckily, we’ve all survived childhood and we all get along.

Erika Fehrman, Today’s Mama: Do you think Greg and Rodrick will bond later as adults? And also, should parents force childhood bonding or just let things play out and not worry about arguments and bickering?

JK: I can say that myself and my brothers didn’t get along through parts of our childhood. We are each other’s best friends now. So, I think there’s hope.

There’s something else I’ve noticed with my children. I have an eight year old and a five year old. And they bicker and get on each other’s nerves, but they love each other. It’s very plain to see that they care about each other.

And I’m not sure if that’s something that we did or if it’s something that’s kind of come to them naturally. But, it’s really a wonderful thing to see. Whatever differences they might have in high school and maybe earlier than that, it feels to me like the foundation is very strong and that they’ll always be close. 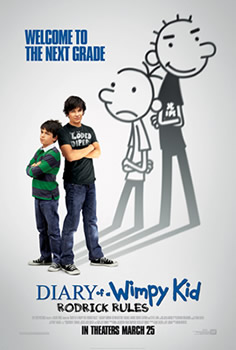 In my nuclear family, those are the only two kids we’ve got. They’ll be the next generation and they’ll carry the torch, and I think that they’re gonna be just fine.

Leticia Barr, Tech Savvy Mama: I often see kids who struggle to write about a topic in the classroom. My question is how do you get started when you have writer’s block, and where do you find inspiration when you’re writing?

JK: Unfortunately, I don’t find inspiration anywhere. I wish I could just block out time and use some sort of trick to get myself to think of good ideas. But, most of the good ideas I have come as I’m stepping into the shower or walking out the door or crossing in some sort of threshold. I guess there’s a theme here.

I do block out time to write, and I often come up empty. It’s really devastating when you sit down for sometimes as much as four hours and don’t come up with a single joke or a really inferior gag.

The only thing that I’ve done that’s had minor success is there’s a word generator on some website that produces a random word when you click a button. And I find that that sometimes jogs a thought. It’s something that you weren’t expecting. I find that I’m best thinking on my feet.

I don’t know if that’s a good tip for your kids, but, that’s how I get it done.

Susan Heim: What do you think about the Diary of a Wimpy Kid movies? Do you like them? And also, how much input do you have in the casting and the way the movies are made?

JK: I do like the movies. If we made movies that just retold the same stories in the same format, I don’t think that they would have been worthwhile. What the movies do is they bring a totally different dimension into the storytelling. What I’ve really learned is that movies speak in the language of emotion and that if you don’t cause your audience to root for the protagonist, you’re going to lose your audience.

I think that the approach is very different. I feel great that we’re making live action movies, with real kids who are actually in middle school. It’s quite different than the rest of the field, which is mostly 3D and computer generated. I think there is something almost retro about these movies.

As far as the input I’ve had, I’ve really had a unique relationship with the studio and with the producers. And I’m very involved from the very early stages helping develop the script and I give some input on casting. Then, I’m there for about half of the filming. I get to be there with the actors and develop relationships with them and contribute gags as the movie’s being made.

I’m also really involved in post-production with the animation and also a great deal with the marketing. So, it’s a very complete experience.

It’s very different than writing a book where you’re in control of the content. It’s purely a collaborative process, which has been edifying. It’s really been a life changer.

Rachel McFarland, Momtastic: Do you feel that you’ve changed with the success you’ve had? Has it made you look at things any differently or changed how you feel?

On the one hand, I feel as if I haven’t changed much. I’m sitting here right now in my office at the same job that I’ve worked at for 11 years now, and driving a sort of a beat up Prius. And on the other hand, a few weeks ago, I was having lunch with Condoleezza Rice and George H.W. Bush and his wife in their son’s home.

People sometimes say that that person has changed. And of course, that’s always perceived as a bad thing. But, you’d almost have to be oblivious to not be changed by a little bit.

I don’t know if it’s really sort of rescrambled my DNA. I’m grateful that this happened to me in my 30s instead of my 20s because there could have been problems if it happened earlier on.

My favorite thing to do in the whole wide world is to ride my bike around my cul-de-sac over and over for three hours. And so, maybe I’ve changed in that I’ve become stranger.

I like really normal things. I’m involved in the Boy Scouts or Cub Scouts and things like that. So, it depends on the day, really.

IP: Along those same lines, my seventh grader was shocked to find out that you still had a “real” job, and wonders why on earth you would keep it.

JK: I have a few answers to that. The main one is that I really love and believe in what we do. I created a website a few years ago called Poptropica, which is a big virtual world for kids. And I really very strongly believe in our charge, which is to bring good content to kids. So, that’s part of it.

And the other part of it is that, I really want to live a normal life and have a really good foundation for my kids. The beats of our life are very plain. In fact, we live in a town called Plainville. I work every day nine to five just like anybody else. I’m grateful for whatever normalcy we can have. And so, I sort of cling to that.

Dawn Mooney, 5 Minutes for Mom: What are your future plans?

JK: I’m definitely working on another Diary of a Wimpy Kid book now. When I started this up and realized that the books were going to be in a series, I had a definite end goal in mind, which I think probably was about either book three or book five.

And what I really have realized was that kids don’t take my books very seriously, that they’re not Harry Potter or that the DNA of the books is not in storytelling. It’s in jokes.

I’ve realized that as long as I have good ideas, I should keep writing, and maybe take some time off down the road. But, I’m gonna keep it going and I’m having fun. It doesn’t feel like it’s the end of something. It feels like the middle. So, I hope kids will still enjoy it down the line.