It’s Not My Fault! 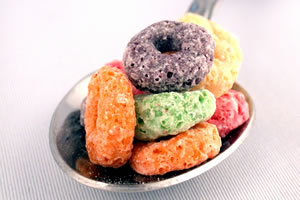 Just when I think our world cannot get any crazier I pick up the newspaper and see the headline, "Activists blame obesity on sugary SpongeBob." Spongebob causes childhood obesity? Apparently The Center for Science in the Public Interest and the Campaign for a Commercial Free Childhood are threatening to sue Viacom (owner of Nickelodeon) unless it takes SpongeBob off sugary, unhealthy snacks. I guess having cartoon character’s images on junk food boxes has some profound effect on people’s good judgment.

Here I was, the whole time thinking it was the consumption of junk food and lack of exercise that causes childhood obesity. The good thing is now I can rest easy knowing it is not my fault if my kids get fat. It’s Viacom’s fault for putting images of my favorite Bikini Bottom resident on a box of food. What a relief! I no longer have to accept any responsibility for my choices.

Without any guilt or remorse, I can succumb to my young cherubs pleas of, "Mommy can we get that?!" and load up my grocery cart with Pop-Tarts, Cheese-Its, fruit roll-ups and sugary cereals all with cartoon characters on the packaging. Then I can let my offspring gorge themselves until their bellies are nice and round and rest assured that I had nothing to do with their unhealthy eating habits. Once again the trend in this country continues –blame everyone else when we make bad choices.

One of the parents brainwashed into joining this sweet crusade claims that the irresponsible marketing to young children undermines her efforts as a parent. She claims she does her best to have her kids eat healthy food but with all those enticing junk food ads on television and the cartoon characters on junky snacks and cereals it just makes her job as a mom difficult and it must be stopped.

No one ever said parenting is easy, but threatening to sue a company is not the answer. I think this woman needs follow David Spade’s example on the Capital One commercials, "No—No—Uh-Nope—Nooo." Or she can turn off the television so her little sugar puffs don’t watch the commercials, get a DVR system so they can fast forward through the commercials or she doesn’t have to take the kids to the grocery store. There are so many other options, but in our lawsuit happy society, there are lawyers ready to gather a posse of "victims" who don’t have a backbone or enough sense to make a good decision. The lawyers play on all those little insecurities all parents have regarding whether or not they are doing what is best for their child. They convince these parents that it isn’t their fault their children are starting to look like the Pillsbury Dough Boy, but it’s those awful companies preying on our kids. When the troops are successfully rallied, they all pounce on unsuspecting businesses and threaten a lawsuit.

I could care less that SpongeBob’s face is on a box of cereal, but I am with concerned about these parents and the message they are teaching children. With this silly lawsuit, the clear message is that people do not have the power over what they buy and how they spend their money. The media holds all the power. If people eat too much, drink too much, buy too much… it is the media’s fault because people watched and believed the commercials that told them they needed to have something; that their life would not be complete without it. Somewhere along the way these parents formed the idea that they just don’t have the ability to refrain from all that temptation. What a scary thought.

Maybe I can sue this group because they are undermining MY efforts as a parent. They are showing my children we do not have the power to make our own decisions. And because of that, we do not have to accept the outcomes of our choices. When things turn out bad, it is always someone else’s fault. I could sue these people because I am sure there is a lawyer out there willing to help me. But the bottom line is I would rather put all that time and effort into actually being a good role model for my children and teaching them there are consequences for our choices — both good and bad.