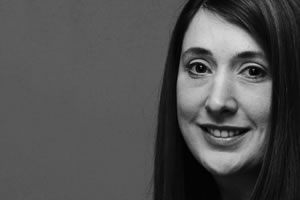 More and more it seems that there is a movement towards changing public policy to force women to breastfeed. A recent Massachusetts proposal to ban formula samples to laboring or new mothers within the state’s hospitals brings up an interesting societal paradox. Many state that formula samples inhibit a mother’s ability to succeed in breastfeeding, however breastfeeding advocates may need some perspective and objectivity in their pursuit to demonize this acceptable choice. It is nobody’s business how a parent chooses to feed their children, so long as they are using an acceptable alternative, and nobody’s business as to whether or not they choose to use their body to nourish another. I can appreciate the attempt and motivation to "stick it to the man" and big business, but in fact, it is creating an undesired effect. Women already have a right to make their feeding choice for themselves, regardless of marketing ploys set forth by money-grubbing corporations. Limiting women’s choices is not empowerment, it’s a setback — a regression.

A logical compromise would allow new mothers to choose whether they want the samples or not. America is the freest nation on Earth and I see this proposed policy change as no different than the NSA wiretaps in how it restricts or violates one’s right to privacy and freedom. Perhaps even more grave is government mandating policy to influence the ability to make an acceptable choice only because it is not ideal. Most people’s lives are not ideal. Many people cannot afford an ideal house, with an ideal school, an idyllic family with ideal support, ideal cars, ideal toys, an ideal college fund, etc. Although many might argue that this is a public health issue, I counter that it is not. Social and economic burdens affect a child’s health more significantly, as well as one’s own genetics. It has yet to be proven that infant formula is a primary factor in influencing disease when prepared properly and within the safe conditions available in the United States.

Let me be perfectly clear as to where I stand on the issue of breastfeeding vs. formula feeding lest I be accused of perpetuating a personal agenda. I believe breastfeeding is preferable to infant formula. I have breastfed both of my children for short periods of time and went on to formula feed (for the majority of their infancies) with great success. I have no guilt or regrets and harbor no more resentment towards breastfeeding mothers for their choice any more than I do my own. I take issue with the radical imposition and zealotry of some breastfeeding advocates — the ones that use their ability to lactate as a way to yield judgment, superiority, fear, condemnation, and yes, misinformation. I do believe those mothers are in the minority however, and not the majority. I think most moms breastfeed because they enjoy it and/or because they feel it’s an excellent source of nutrition when that option is realistic and attainable. I don’t believe that a majority of breastfeeding mothers seek to discredit formula feeding moms and their choices, but then again those aren’t the moms that we typically hear about in the media or on internet forums, either, and they aren’t the ones seeking to create barriers in a mother’s right to decide how to feed their baby. The loudest voices always seem to hold the most radical opinions. Common sense arguments just aren’t as compelling.

Those that promote their agenda and banning formula samples to new mothers often find themselves wrought in irony as they join forces with their rivals. The zealotry of lactation is a value held by the lunatic fringe on both sides of the political spectrum. The neo-conservatives preach it as a moral obligation on the grounds that Jesus was breastfed. It’s the way God intended women to feed their babies. The neo-liberals use it to promote their anti-business, anti-medical profession agenda and empower themselves as women and mothers. It’s anti-establishment, counter culture on both sides.

I have heard every argument made by breastfeeding mothers seeking to clearly divide moms into two very separate groups — the "good mothers" who breastfeed and the "ignorant", "selfish" or "unenlightened" mothers who don’t. This message, like so many others, has found an easy way to disseminate through the popularity of parenting forums across the internet.

I have heard just about every position out there, and while I concede that some of these pro-breastfeeding arguments are fairly persuasive and truthful, it’s far from being a black and white issue. Over the years, I’ve read countless points of view as to the reasons why you should loathe formula, and the problem with many of these opinions has been their lack of perspective. Women who formula feed by way of choice or by way of uncontrollable variables find themselves on the defense.

The breastfeeding debate has escalated from advocacy of well-meaning intentions to being over-sensationalized and over-dramatized in its ability to attract those with little knowledge or ability to ascertain the correct information. It’s hard to comprehend, when you are bombarded with cherry picked excerpts of reports from organizations like the American Academy of Pediatrics and the World Heath Organization that imply that formula use should not only discouraged, but that a barrage of barricades be set forth to prevent formula use. Measures to make the choice one of "informed consent" by way of using scare tactics and stigmatization of formula should be feared. Ask yourself if you want to live in a place where your personal parenting choices are mandated by the government and people who you may disagree with?

If it was solely about health, one might wonder how and when breastfeeding became an issue of morality instead — taking away formula feeding as a viable alternative in favor of guilting a mother into thinking that their choice is harmful when most mothers simply want what’s best for their baby and family. What "good mother" doesn’t want the best possible outcome for their baby? The problem is that breastfeeding requires varying degrees of sacrifice for each individual mother, which may or may not be possible. While one mother may find solutions to breastfeeding problems or breastfeeding initiation, another may feel the solutions are too great of a sacrifice for her personal situation and thus, affects her ability to be the mother she wants to be.

But what those mothers need to remember is that they are making a choice for what is best for their family as a whole. And what advocates need to remember, is that the "right to choose" doesn’t only refer to abortion, and if we are going to start creating policies which influence or restrict a mother’s right to make acceptable feeding choices, then what’s to prevent the government from meddling into your life and creating obstacles to any of your rightful parenting decisions?