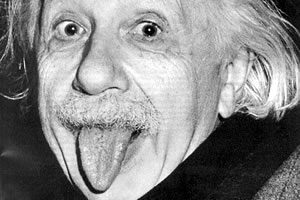 My husband said I should be ashamed of myself. “Fighting with a twelve year old, who does that?”

I was cranky, hungry and eight months pregnant. While waddling down a city street, a young boy in a yellow jacket approached me selling candy bars for his catholic school. There were a bunch of rowdy kids toting boxes of candy, manning the street corners.

“Hey,” he said. “Wanna buy a candy bar?” I was starving, but I had my sights set on something far better than a candy bar. I needed butter. Not something like butter, or buttery. No, I craved just plain butter.

“No thanks,” I politely replied, and kept walking. The young boy had a nasty smug on his face. He looked me up and down.

“Thanks for nothing!” he spat, and ran off the other way.

I settled on an "everything" bagel — thinking it would be the perfect vehicle for my desperate craving. When I asked for an extra side of butter, the teenage girl looked at me with horror.

I was heading home when another kid selling candy bars stopped me in the street. This kid was crafty.

“Hello, Miss.” (He called me Miss. Smooth.) "That’s a lovely pink shirt you are wearing," he said.

“Could I now interest you in a delicious chocolate bar? Before you answer, I want you to remember, it’s for a good cause, I promise.” This kid was good. He called me Miss, he complimented my shirt. He was polite, and looked me right in the eyes. How could I turn him down? He scored the sale.

“Let’s see Miss, I have crispy crunch, almond, and plain. It’s for charity…"

“At what?” He didn’t get the Jerry McGuire joke.

“Never mind. I’ll take one almond and one plain…for my son.”

My toddler at home doesn’t even like chocolate. Silly boy! Why I felt the need to lie to a kid with a mouth full of braces is beyond me.

As I handed him the money, the boy who I first turned down, was eyeing the sale and became angry. As I tore open the almond bar and took my first bite he ran up to me.

“Hey, what the hell? Why didn’t you buy a candy bar from me?”

“Um, no reason really, jut that other kid was so nice,” I explained while I bit off another chunk of chocolate. The other candy bar peddlers began to crowd into our conversation. Things were going to get ugly.

“Just so know,” the kid snickered," chocolate will make you fat.” I was going to be the adult and just walk away, but he followed that up with “Oh, too late. You’re already fat!”

“Pregnant or not — you’re still fat.”

Ouch, that hurt. I was just chastised by my doctor last week for gaining more weight in one month than many women do their entire pregnancies. Ok, so what, I gained a Backstreet Boy. Tar and feather me. When my husband teased me, and said that I should jog home from the hospital, I threw my sneaker at him. I didn’t need it anyway. They didn’t fit — even with the laces out. I walked all day in one-dollar rubber flip flops.

Needless to say I was in a mood. I just couldn’t be the bigger person. The rotten boy was just asking for it. He was. His friends began to huddle in, and I went for the jugular.

“I may be fat, but at least I ain’t ugly!” The other kids erupted in laughter as the arrogant smile on the chocolate salesman disappeared.

“She got that right!” teased another boy, and they all ran off in laughter, leaving the smarty pants walking the other way calling me every curse he could think of. Some of them were really interesting combinations of insults, and I was slightly impressed by his creative use of curse words. He had talent after all. So I continued on home, not realizing in my anger, I consumed both chocolate bars. My husband was right — I should have been ashamed of myself, for devouring the boy and the chocolate. Nah, I had no shame. I shouldn’t have to have shame. I’m pregnant for God’s sake!