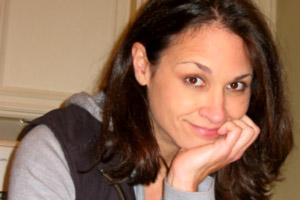 When I was a kid I came back from a vacation to discover that my Dad had given my dog away. This would normally be something that would cause irreparable harm to a young child’s psyche, but I didn’t shed a tear.

I guess you could say I wasn’t an animal lover. Don’t get me wrong. I didn’t go around kicking kittens or anything, although I will own up to having poured salt on the occasional hapless slug.

Fast forward many years and I hear “How come we don’t have any pets? All my friends do!”

In my experience as a mother I’ve learned that if I really don’t want to do something, if it disgusts me or bores me to tears, then no doubt it’s something that would be good for my children and I’ll be forced to do it out of guilt.

Any parent knows that the fascination a pet holds wears off in days and you will be the one still scooping poop after your kid goes off to college. But was I being selfish? What was I teaching my son about responsibility and caring for animals?

Okay, so we needed a pet. But a dog was out of the question. I didn’t want dingleberries on the couch.

Cats? Forget it. I’ve never understood the appeal of a pet that is aloof on good days and downright mean the rest of the time.

I decided that adopting a guinea pig was a reasonable first step. I tried to put a positive spin on it. How much work would a guinea pig be, anyway? I’d clean out the cage when my eyes started tearing and I’d throw in some food pellets. I could handle that.

I walked out of the pet store $120.00 lighter with the pig, the cage, pine shavings, a water bottle, timothy hay and a copy of Know Your Guinea Pig they threw in gratis.

My son was thrilled. He named her GG-One. He was really into trains at the time and GG-One was his favorite locomotive, a sharp, streamlined art deco number designed by famed industrial designer Raymond Loewy.

But one day I noticed her belly protruding alarmingly. Concerned, I consulted Know your Guinea Pig. The book said that females were often pregnant when purchased. Oh, say it ain’t so. Couldn’t it be a tumor or something?

Sure enough, a few days later there were three guinea pigs in the cage instead of one. At first it was all sweet and nice. They were born with fur and wide-open eyes, not shriveled and hairless. My son named the babies “Brownie” and “Gray-ee” for obvious reasons.

But those suckers got big quickly! Know Your Guinea Pig recommended separating them at a specific time or else they will, er, start feeling romantic. Yikes! I quickly rigged up some makeshift cages out of plastic milk crates, old barbecue grates and twine.

I took the two babies to the pet store to see if the owner could determine the sex. There are a lot of disgusting things I’ve done in my life but I draw the line at checking out guinea pig genitalia. Besides, I wanted an expert opinion. He checked and double checked (I looked away discreetly) and swore they were girls. I told my son we could keep one but the other one was going to the pet store. He decided to keep Brownie.

I put Brownie back in the same cage with her mom. Over the next few weeks Brownie grew to the size of a record-breaking subway rat.

But so did GG-One. Judging by the familiar shape of her belly it soon became obvious that GG-One was in the family way again. What’s worse, the father had to be BROWNIE! OH, GROSS! BROWNIE WAS A BOY!

Fuming, I went back to the pet store with that creep Brownie in tow. “You said this hideous creature was a girl! This “girl” knocked up his own mother!” The owner was shocked and checked again. Sure enough, Brownie was a boy but apparently very poorly endowed. He said “never seen one that small” or some useless homespun wit to that effect. He offered to take the babies after they arrived because it was his mistake, after all. I took Brownie home, promptly put him in another cage and scolded him good.

In time the blessed event occurred. GG-One became the proud mother of SIX MORE BABIES! WHAT THE HELL?

News spread in the neighborhood. Friends offered congratulations amid snickers. I was getting the reputation as the crazy guinea-pig lady on the corner. Something had to be done, so I shipped the babies off to the pet store as soon as they were weaned. A few remain there to this day, marked down from $23.99 to $18.99. I took Brownie to the vet to get him fixed. Let the punishment fit the crime.

About this time I heard from a friend of mine that her child’s preschool needed a new class pet. Bingo! I gleefully brought that fat, over-sexed slob over to his new home: the preschool pet room/gulag. I talked him up good. I mentioned that he was a castrato like it was an added-value selling point. He was promptly renamed “Broccoli” (I didn’t ask) and I made a quick escape.

I was back to one pig, and so it remains to this day. As predicted, my son lost interest in GG-One years ago. She seems happy enough, however. I believe she’s enjoying her empty nest. Can’t say as I blame her after what she’s been through, poor thing. She lives to eat and gets very excited if I throw her a carrot.

Hmm, an empty nest and all the carrots I can eat? Doesn’t sound so bad to me.