Mom turns in her helicopter license 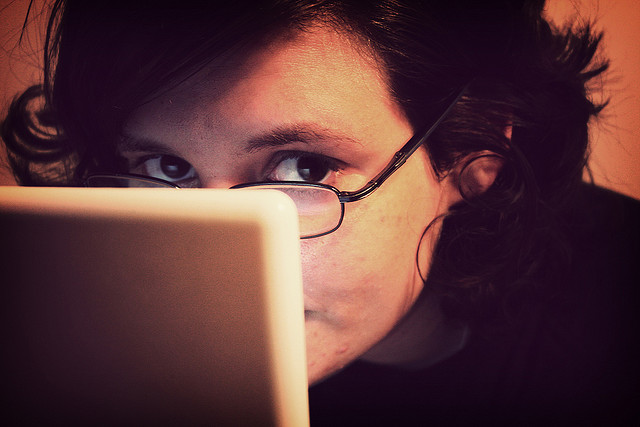 “Hey mom? When’s the last time I had a tetanus shot?”

I looked up from my computer, pencil in my mouth and glasses perched on the end of my nose. Someone was talking to me. I had to pause a moment, blink my eyes a dozen times, try to erase the blank stare from my face and step back into reality. Because the sole reason for my being was beckoning me.

“When is the last time I had a tetanus shot?”

It amazes me how our children will demand their independence, never listen to our advice, fight us every step of the way through the horrid teenage years and then when they step on a rusty nail they are all over us.

"Didn't I stop being responsible for you when you turned 18? What are you now, 19 or something?"

"Well back when you were responsible for me, did you keep some kind of records on my health and well-being?” he said as he took off his blood soaked sock.

Both of my hands went up partly to stop him from swinging the sock around and partly to shield myself.

"Whoa, where are you putting that sock? Put it in the garbage."

Ever since I decided to go after the American Dream and become a full time writer, I fear my parenting skills may have suffered.

"In the garbage. You better clean that foot with some soap and water then peroxide and I’d get a tetanus shot if I were you."

When my boys were young I patched up my share of wounds. My mind wander back to those simple days. I’d pick up my teary eyed little boy, sit him on the bathroom sink and distract him with one hand while the other poured peroxide on the latest scrap, scratch or cut. I had skills back then.

"If you can't remember, then it's probably time for one."

I have no idea where his immunization records are, not a clue.

"Honey, I can't remember your name most of the time. Why do you think I gave you a number?"

And don’t tell him this but I’ve used baby pictures of his brothers and told him they were his baby pictures. I’m not proud of it but by the time a third kid arrives the novelty kind of wears off and you forget to take pictures or more than likely, you’ve just run out of hands. With his insurance card in hand, he limped off for a tetanus shot by himself. I’ve stopped hovering over my children, I want to make sure they learn the ways of the world because I have stuff to do. My ‘helicopter mom’ days are almost behind me. While Boy #3 was gone I decided to look in the general vicinity of where I keep some of our important papers, the place that I plan to organize every January 2, the annual fake New Years resolution.

While I didn't find his immunization records I did find mine, huh. It appears I'm in need of a tetanus shot.