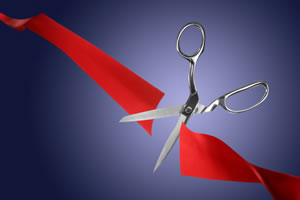 The instant my kids lost their baby pudge – friends thought it was high time to ask, “Are you having more?”

“Never say never,” was the answer. Or, “That’s what I said.” This from my neighbor, who patted the head of her third child, a newborn, and laughed at me.

“No. We’re really done,” arching my eyebrows on the world “really” for emphasis.

At this point, my inquisitor responded with a drawn-out, “oh,” so I knew she got it. My husband and I are finished having children. Officially. In the medical sense.

He had offered years ago to have a vasectomy whenever we decided that X number of offspring was enough. He’s a practical guy and had heard the common wisdom that vasectomies are an easier procedure, and less intrusive, than tubal ligation is for women. That and the fact that I had spent the better part of my twenties on the pill. When it came to messing around with fertility, I’d done my time.

There were other reasons to stop. We had a boy. We had a girl. They seemed to get along. The amount of children in our household did not outnumber the adults. Why mess around with a good thing?

Still, my husband dragged his heals, putting off the phone call to his PCP. After all, the penis is hallowed ground. This was clear in the way both our female and male friends reacted when the topic of vasectomies came up.

One friend said she was surprised when her husband offered to have it done. “You’d do that for us?” she’d said to him, as if he were giving her an unexpectedly generous gift.

When another friend learned what my husband was about to do, she said, “Oh, he’s got to talk to Jim.” As if our husbands were dominoes, all standing in line, just waiting for the first one to fall.

Men who’d had it done stoically assured us that the procedure was no big deal, a weekend of discomfort. Those who couldn’t believe someone they actually knew was going to “get snipped”.

The appointment was made. My husband seemed relieved after his consultation with the urologist. He reported back, explaining the details of the half-hour procedure. Basically, the doctor pulls a small piece of the vas deferens — the tube that delivers sperm from testicle to prostate – through an incision in the scrotum. A segment is removed. The doctor cauterizes the ends, just to be sure, and pushes them back in.

I was proud of my man. I bragged to my girlfriends whenever the subject of pregnancy came up. “Two is our limit and we’re making it permanent,” I’d say gleefully.

The day of the procedure, I dropped the kids off with a friend. My husband, a car-buff, actually let me drive him to the doctor’s office.

“You can change your mind if you want to,” I said on the way.

“I don’t want to talk about it,” he said, all game-face. It was hard for me to imagine what kind of pain or embarrassment he was picturing for himself. Could it be any worse than having an episiotomy?

There was another couple at the doctor’s office while I waited. They’d brought their two children in a double stroller. The wife echoed my words, “You can still change your mind.”

Half an hour later he walked slowly out of the office, ice pack in hand. We explained to the kids that there was to be no bouncing on Daddy, climbing on Daddy or wrestling with Daddy for a few days. I dropped Daddy off at home and tucked him into bed with a prescription painkiller, then went to get the kids.

The next day I kept the children out of his hair. Still, he seemed on edge. After I put the kids to bed that night, I asked why.

“It’s the end of an era,” my husband sighed. This was a shocker. As I said, he’s a practical guy, analytical but rarely emotional.

“Are you sorry you did it?” I asked. I’d been almost giddy through his whole ordeal. After being home with the children for several years, I was starting to see that the older they become the more I can find pockets of time for myself. The vasectomy meant no more babies. No more babies meant we could move forward, doing more as a family and as individuals.

I leaned against him, trying to show some empathy. He felt like a part of his life had been cut away. For me, the snip was like a ribbon cutting ceremony, launching my renewed freedom.

Then I got my period. Could have been the PMS, but I started feeling weepy. The rational side of me knew I did not want more children. But PMS is not rational and it wasn’t another child I was pining for. It was the promise of the body, the potential to grow a baby.

Suddenly, I understood what my husband had been talking about. He was right. This was the end of an era in our lives.