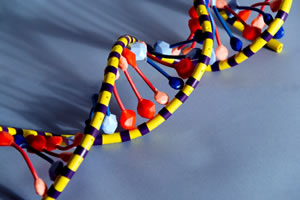 To anyone out there that may have ever felt rejected by someone they have loved, I am here to tell you; it may not have been you. Well, it may have been you, but, not for the reasons you may think. Women, let this be a guide; don’t worry about being rejected by a boyfriend because he doesn’t love you. It may be because he has found out just enough about what is in your gene pool to make the determination that yours and his gene pool are not compatible.

Let me explain. In high school, I dated a boy on the sly, whose name I will not mention just in case his children ever come across this article and find out what a shameful, cowardly, and dare I say, conceited, little expletive he is.

What a treacherous road to travel is the adolescence experience. At age 15, after a stint as a cheerleader, softball player, band member, and overall wannabe in the in-crowd, with locks of long, thick hair, my worst fear happened. I was scheduled for brain surgery. Now, it wasn’t the brain surgery, or the possibility of death, since those fears were abstract concepts at that point. It was the immediate, concrete knowledge of losing my hair. Back in the 80’s, big hair was in; brain surgery was out. Of course, brain surgery was done a lot differently then as well. Wigs were the only option. There were no kind, generous souls lining up to grow their hair, only to have it cut and be made into natural hair wigs so that you may be spared the embarrassment of wearing a synthetic wig that as much resembled your real hair as much as a fur ball resembles cat fur. Get my gist? Well, as my loving Dad would say, “allow enough exaggeration to emphasize the point”.

In my case, they removed my hair and my skull, and repaired, after 22 hours of surgery, a tortuous tangle of blood cells, between the arteries and veins, which was determined to be a congenital (there since birth) and hereditary (my mom had one, too), AVM. Unfortunately, part of my optic nerve was caught inside, so some of my sight was taken away as well. So be it. My half of the world that I see is beautiful.

I went out with this particular guy on and off, for about five years. I dated other guys as well, always keeping my options open. This guy made me laugh, but he also clued me into his personality as well. He ridiculed classmates I would mention several years after high school that I would happen to meet up with who had their own disabilities, calling them by their identifying characteristics, like “fingers” for a classmate whose fingers were malformed, or by stuttering like our one classmate. I should have known.

I didn’t know why I felt there was still hope in this questionable relationship. However, I met and fell in love with a prince, a man of honor, one I could cherish and love forever. I married him, and had two children. 20 years went by after high school graduation, and I found myself on our twenty-year high school reunion organizing committee, writing the biography book. In tracking down all classmates, I found this one, dare I say, from good ole Rich Central High School in Olympia Fields, Illinois, and spoke to him. Seems like we had plenty in common. We both had daughters with similar names, we both had a daughter and a son, both married the same year, and so on. Then he told me why he felt he had to end the relationship in such a nasty way as to preclude any thought of a future. You see, he said, quite matter-of-factly, he had a heart defect (which I knew since he had had a heart attack at age 24) and he couldn’t bear the thought of having children with me given our two defective genetic pools. Ah, the inane wisdom of a full-grown adult male with an adolescent mind. But, of course. How neat and compact, no loose ends, voila! The End. I had the ending, even if it wasn’t the “storybook” type of ending you’d want to read to your cherished daughters. Thank my lucky stars, everything, and everybody that intervened and kept us apart.

The irony of it all is that my wonderful son, who has a rare genetic, autorecessive disorder, occurring in only one in 16,000 births, has it because my husband and I both carry the same exact defective gene, and we had only a 25 percent chance of having him have this disorder at all. He also has another rare disorder, occurring in one of every 10,000 births. The odds of these two disorders occurring together are one in 10 to 20 million live births. He is so far the only documented case worldwide.

So, as the old axiom goes, can you judge a book by its cover? I guess you never know. However, I believe that once you take those marriage vows, and have children, you don’t bow out. Is he wise for not bowing in, in the first place? I suppose he would consider himself lucky. I know I consider myself blessed beyond belief.

I wonder about his children. My children have had the benefit of a mother who has worked with both of them constantly, engaging their curiosity for learning, stimulating their senses and sensibilities, teaching them to empathize and count their blessings. Through hard work and perseverance, my son continues to astound everyone who knows of his disorders. Both of my children perform average to above average academically and physically. My daughter, years before dating, is a step ahead of most grown women when it comes to judging the suitability of future lifetime companions. Once they meet our family, she will see for herself how they react to her brother and his diagnoses. Once the one man becomes a part of our family, he will fully understand what gene pool he and his offspring will be swimming with!!