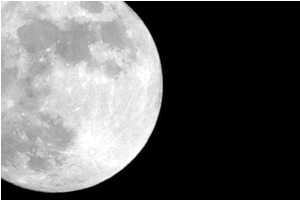 No one else went to ballet last night either.
Maybe that’s not such a white lie, but I told it. Because these tears, this disappointment, those 6 year-old puppy dog eyes, they had to stop wrecking havoc on my conscience.
I warned her. I was a good parent. She blew it. She threw a pencil at her little sister. We all hate doing homework, right? But throwing a pencil crosses the line. A recently sharpened pencil, with the shavings still hanging off the tip.
And even as I write those words, aw, heck, I know a good parent would have nipped it in the bud. That it would never have spiraled that way, out of control, including tantrums and fits and then fists (fists for god’s sakes).
I watch Supernanny. I read mounds of parenting books, magazines. I know that this calls for disciplinary action. We have a system. Warnings. Time outs. Loss of privileges.
She was not acting like a little girl who wanted to go to ballet. I told her. I warned her. I gave her a second chance, a third. And even after it was gone, after the time out was over, I gave her the chance to earn it back. That’s when she threw the book at me. The book she was supposed to read as part of her homework. A library book. Covered in crinkly plastic. It made a very specific noise as it hit the wall when I ducked.
I was a bad mommy. And the worst part of it is that I’m still paying the next morning, paying by looking at those sad eyes, the same ones from last night that held the bag full of ballet gear, even while the clock tick-tick-ticked past dance class.
No. We aren’t going.
No. You cannot walk there alone. It’s two miles away.
No. You were warned and you blew it.
And now, it’s the next day, and the lashes are still moist, the tear factory at ready.
And I told it. I said, you know, I talked to the other mommies, and no one else went to ballet last night either. Must have been a full moon.
Madison was too tired. Sara’s sister was too sick.
You didn’t miss anything. No one went out of dinner afterwards. You didn’t get partners last night for the recital, which is still 8 months away. None of it even happened.
“What’s a full moon?”
And that’s my opening, my way out. Distraction. Talk about something interesting, change the subject, escape the pain of the ramifications of being a bad mommy. A week until ballet again and it will all be a distant memory. Even if she asked her friends, which she wouldn’t, they’d never remember if they had gone the week before.
A full moon? That’s when the moon is big and round and white.