It has long been said that if you “Build a better mousetrap, the world will beat a path to your door.” So true. Inventors have long enjoyed very lucrative careers spent ferreting out that which needs to be improved, enlarged, reduced or what, in many cases we, the unwashed masses, had no idea what we could not live without.

Taking a moment to reflect on hot commodities of yesteryear, let us pay homage to Ronco president Ron Popeil. Where would this world be without Mr. Microphone: “Hey babe, be back to pick you up later!” The Pocket Fisherman: Small enough to clip to your belt under your three piece suit, you know, in case you get the urge to bass fish in your client’s koi pond. And how many of us would be unable to enjoy the pleasures of dried bananas or homemade beef jerky without a Ronco Food Dehydrator in the early 1990s?

Behold, here a list of five discontinued fad kid food items which went the way of the troll doll and pet rock. I’d imagine these questionable ideas were the brain children of children themselves. Like the children of the executives at Kraft and H.J. Heinz Company. Who else would actually green light this stuff. Yes, for those of us who remember and loved them briefly, a certain nostalgia brings us a faint but fleeting smile.

1. Blue & Pink Squeeze Butter: Parkay bet million that millions of kiddies would want to eat toast and waffles covered with runny colored butter. News Flash: Children taste with their eyes long before their tongues are involved. I remember at the time, my oldest daughter’s reaction, “It must taste like Pepto-Bismal or a Barium Enema. No thanks.”

Don’t ask me how she knew what a barium enema would taste like. 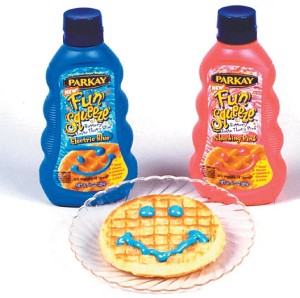 2. Heinz Colored Ketchups: Ok, on the surface this must have seemed like a winner. Although I admit it tasted like regular ketchup, it was still hard to eat with your eyes open. 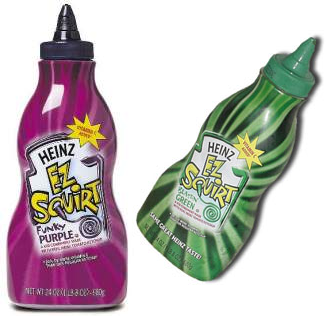 3. Sliced Peanut Butter: Think brown American Cheese. Apparently this was supposed to be a time saving device, but quite frankly, peeling a piece of peanut butter onto a slice of bread is, well, a little weird. Give me a knife and a jar of Skippy any day. Add P.B. Slices to the list of kid food failures. 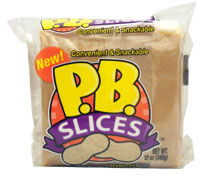 4. Crustless Bread: Speaking of bread. Yes, after so many tireless years of having to actually remove the crusts with a knife, the bread companies finally developed the crustless loaf of bread. However, in a serious misstep, the marketers priced it over $1.20 more than a loaf with crust, and failed to take into account that busy parents actually live on the crusts we cut off our children’s sandwiches. Guess nobody wanted to pay more money to starve. 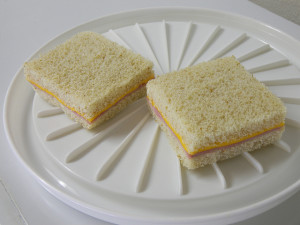 5. Flavored French Fries: All parents know that children will eat french fries for breakfast, lunch and dinner if allowed. Well, what if those fries were blue? That’s right, they were once available in bright blue. My suggestion — they could be eaten with purple ketchup earned feigned vomiting from children the world over. But wait! Blue not your style? Try CHOCOLATE! I don’t know whose children were in the test groups used by these companies, but in my opinion, Ore-Ida came up with a Spud Dud. 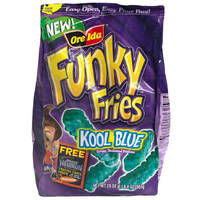 I’m assuming these manufacturing gurus were forced to go back the drawing board, keeping in mind that children like that which is familiar. The only way they were going to eat a Kiwi-Mango Pop Tart is if they are fed them from birth. In the meantime, I will reserve my admiration and praise for the true creative genius of the world: Mr. Popeil.

Hey, I have an idea! Perhaps when they finally add his likeness to Mount Rushmore they could sprinkle some seeds in the crevices of the rocks. Don’t you think it would be a beautiful testament to his many contributions to see his head sprouting like a Chia Pet for all eternity. Ok, ok, I didn’t say it was a good idea.