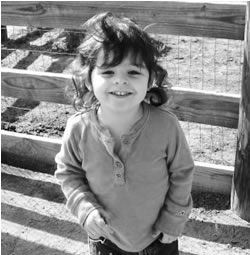 Expectations. All prospective parents have them. Mention “baby” and you think about how great it will be to hold this sweet smelling bundle of joy. Your son will be athletic. Your daughter a princess. You will be the best parent ever and life will be so wonderful. Or will it? Sometimes those expectations turn out, and sometimes they don’t. Sometimes you are disappointed, and you find that it really doesn’t matter that much anyway. Sometimes you realize that your expectations weren’t realistic to begin with, and you replace them with more meaningful dreams.

I had expectations, too. I thought that my son would be out of diapers by two years at the most. I never imagined that at almost four we would still be having occasional accidents. I also never pictured myself sitting on the floor in the bathroom BEGGING a child to PLEASE just pee-pee in the potty! I thought that my daughter would be easier to potty train. But here we are at two and a half and she loves to sit on the potty, but she doesn’t ever do anything! Am I disappointed that my expectations weren’t fulfilled? Yeah, I am. But I also know that they will be eventually, just in their own time.

I had expectations that I would be a full-time mommy, keep a beautiful house and everyone would admire me for being so wonderful. Well, that may have been more of a fantasy than an expectation. The reality is I work full-time because my husband’s job didn’t pay enough to support a family, and I had good health benefits. So instead, he stays home and my house is always cluttered because he said he can’t do housework and watch the kids at the same time. Disappointed? I am somewhat disappointed, but because the sacrifices we make to have a parent at home while the kids are young is worth any disappointment over a cluttered house.

I had expectations that my son would say cute things that I could email to my relatives, “Oh, you won’t believe what Avery said today!” But he wasn’t talking at two years and we had to put him in a special class for speech and language delays. He’s made a lot of progress. But sometimes when I hear Jaime say such cute things, I get sad that we missed that whole phase with Avery. Am I disappointed? Not really. When your child has difficulties, your concern outweighs any disappointment you might have felt. Now I’m just relieved that he is responding so well to therapy. I’ve had to adjust my expectations again.

When I found out that I was having a girl, I was expecting to dress her up in frilly outfits and hair bows. I thought she would be the cutest thing ever. Then she was diagnosed with plagiocephaly and spent the next nine months in a helmet. To be honest, I was embarrassed. I was afraid everyone would think that she had something seriously wrong with her. I did have a few people ask me if she’d had brain surgery, but no real negative reactions. I was so relieved though that she was out of the helmet at a year and finally I could get her to be a girly girl. But after a year of wearing the helmet, she wasn’t used to having her hair done and still doesn’t like to have it messed with. As a result, her curly hair always looks unruly and uncombed no matter what I do. Am I disappointed that I don’t get to make her hair adorable and put in ribbons and bows? I am disappointed, but I realize now that it isn’t the important thing and I wouldn’t change her for anything.

I have other expectations that I’m sure will not all be fulfilled. I like to think of my kids doing great things someday. I think of Avery playing tee ball and us all going to his games as a family. I picture my daughter a beautiful bride. I think of my kids being on the honor roll at school and winning a spelling bee. I think of them graduating from college and having families of their own. It is all right to dream. It is all right to think of how you would like things to be with your children. And it is all right to be disappointed if things don’t turn out the way that you imagined that they would. As long as you are open to the idea that things might be fine in another way, then your disappointment will never last for long.