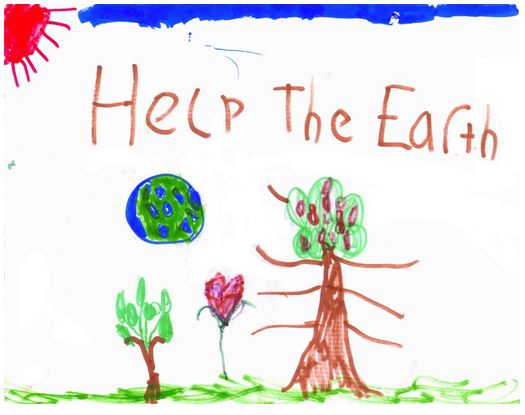 There is practically nothing as hard as caring for a newborn baby, and to have to do it when you are sleepwalking is sort of like climbing Everest in a skimpy nylon windbreaker and high heels — you’re just not properly equipped.

I had earnestly studied the debate over whether disposable or cloth diapers were a worse deal for Mother Earth. It’s a photo finish, but cloth are considered to be the more environmentally chummy choice by a nose. Still, I felt a smug, green one-upsmanship when I changed my son’s cotton diapers in our post-natal yoga class. “Hypocrites,” I serenely thought, watching the other new moms toss their wadded-up environment-wreckers into the trashcan. I visualized the bulging landfills, crammed with disposables. I centered my mind and breathed deeply. Never mind that statistically, this little bundle of joy, just by virtue of being a Caucasian American was going to use up about sixty-eight times his fair share of the earth’s resources.

I read someplace that for every hour of necessary sleep that you miss, your I.Q. drops ten points until you get a decent night’s rest. This means I spent months scaling the steep learning curve of new parenthood with frighteningly little mental traction. It would be one thing to merely shuck corn with the intellectual ability of a squid. But to have to nurture a child, a painfully fragile, translucent-skinned, soft-skulled cluster of your own genes under those sub-Mensa conditions is sheer hell.

Picture this: Baby is crying, it’s 2:00 am and it’s your sixth time out of bed since 10:30. You fumble your way to the bathroom and peel off your soggy, sweat-drenched PJs (thanks to the hormones that are still playing ring-around-the-rosy inside your thalamus). Pick up Baby, change him, nurse him, lay him down. Tiptoe back to bed. Baby cries again. Get up, walk around bouncing him until he burps (and probably sprays your left shoulder with something that feels innocuous now but will be pretty unpleasant in about six hours). You hear rumblings and grunting. Wait for it… change Baby again (and don’t forget, only washcloths and water — mustn’t use those polluting little perfumed wipes). This went on about every hour. Yes, every hour. He’d wake up, cry, I’d change him, then nurse him, and then he had to be changed again. Lather rinse repeat.

After 150 days of catnaps, I was a crabby, bleary-eyed mother too tired to slop conditioner on her hair, let alone sort garbage into blue recycle bins. And to think that it was only a few months earlier that I felt such hubris at being a good world citizen. Then, a perfectly nice, non-polyester wearing friend said to me, “Hey, we put our daughter in disposables at night. And we don’t change her until morning.” A shock zigged through my sluggish mom-mind. What? You mean I could’ve gotten a three-hour snooze last night? I wailed.

Mother Earth be damned, I slunk to the store where I purchased my first pack of disposable diapers. When my time comes, I won’t go directly to hell, however, because I didn’t scoop up the internationally recognizable Pampers with the chubby pink baby on it. No, I chose the environmentally friendly kind made from pine fiber and yak’s hair. Well, they’re made of something other than that ooky petroleum-based stuff all the major brands use.

These worked a teensy bit better than the cloth diapers. Now I only changed my son twice a night, and I sometimes slept a whopping four hours in a row. I had fallen off the green wagon, and was picking up speed. It was a wild, hedonistic time — I ran the heat with the sunroof open, and I brazenly tossed a bottle in with my cans during this un-PC period of madness. I even went to McDonald’s in a fit of non-Berkeley freewheelin’ freedom. Then, I got really crazy and let my freak flag fly. I marched into Safeway one day while visiting my in-laws in a land devoid of health food stores, and picked up… Huggies. Praise be to Huggies, friend to all exhausted, fast-food-eating, disposable-pen-using, individual-bottle-of-water-slurping, SUV-driving parents. My son slept five hours, then six, and eventually eight at a stretch. I pretty much stopped changing him altogether unless people around us started wrinkling up their noses. I was hooked.

I had crossed over to the other side. Might as well barrel right on down to the Federal Building in a Hummer, breaking a picket line and braining a spotted owl along the way, and change my registration to Republican, or at least to “Mean Spirited Person Who Cares Not A Fig About The Planet”.

Two years and three thousand diapers later my daughter was born. She was wrapped in a doll-sized Huggies diaper when she was about four minutes old, and has worn them ever since. I change her at bedtime, and then in the morning. I don’t collapse two nano-seconds after my kids have gone to bed, so I have the energy to scan Mother Jones and put out the recycling. I even bought one of those cool new Toyotas, the hybrid that can get you to Rome and back on a couple of gallons of gas.

Flying kites at the land filled marina, I feel guilty sometimes, knowing that I have contributed several thousand unpleasant bundles to the mix of garbage under our feet. But these days I’m clear-eyed and mostly un-crabby. I watch my husband yank the kite string, our daughter’s chubby legs draped around his neck. My son leaps under the dipping diamond of colored nylon, shrieking with delight. When we get home, we’re having organic asparagus from the farmers’ market, and I’ll make my daily phone call to the White House saying, “I oppose.” We pick our battles.