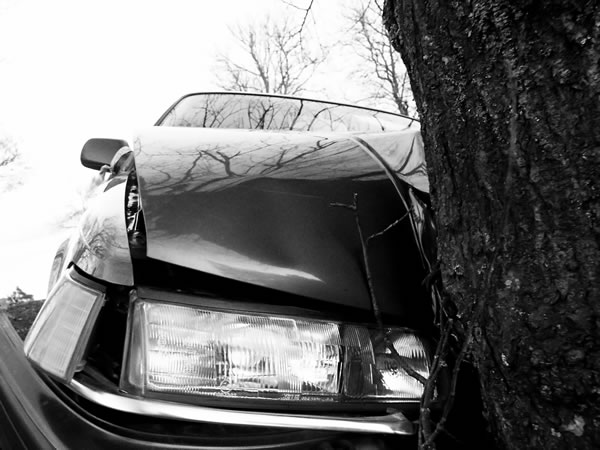 I look up in surprise. Earnest, expectant blue eyes reflect in my rearview mirror.

I’m about to laugh at the suggestion until I realize his seriousness. How did I produce a child who finds such joy in cars while for me the whole driving experience is mapped with disaster?

He quickly follows my refusal with the predictable, “Why not?”

I patiently explain, “Well, there are lots of other things you need to learn before you start driving… like tying your shoes and learning to read. And you aren’t tall enough yet to reach the pedal and see over the steering wheel.”

Nolan’s playroom resembles a chop-shop littered with rubber wheels, steering wheels, windows and bumpers. More than one car parked in a Lego-constructed garage features fenders hanging by a stringy thread of super glue. He chalks out roads complete with potholes and stop signs on our driveway. He has a unique appreciation for miniature traffic jams that stretch from his room to the hallway. And, like his dad, it’s already apparent my son has an inner compass whereas I have none.

For me, I drive more out of necessity than joy. My driving resume is dotted with time wasted driving north rather than south, mysterious mechanical issues, and a string of tire blow-outs. But most problematic is my penchant for minor collisions. It’s not that I’m a crazy driver, speeder or a risk-taker. Driving a couple donuts around the neighborhood round-about at a turtle-like pace is the extent of any cheap thrills I’m willing to offer my kids. Nonetheless, my inadvertent accidents have grown into such a source of contention that after our last car purchase, my husband offered to go ahead and just smash a hammer into it to beat the suspense.

My problems began at 16, after a driving lesson with my dad (a very nervous passenger), when we stopped for gas. Just as he exited the car, I mistook the gas pedal for the brake, narrowly missing my father who nimbly jumped up on the curb behind a cement pole, which I crunched into instead. After that he was pretty gun-shy about getting in the car with me.

My cars have rudely met poles, table-saws and curbs. But by far the most embarrassing incident occurred when I attempted to straighten out my brand new truck in a busy drive-thru bank lane and heard the sickening scrape of metal scratching against brick as all eyes trained on me.

These days, I’m armed with a family truckster outfitted like a small submarine with sonar sensors that go wild at the least sensation of any obstruction, a back-up camera and huge mirrors. I still get wary looks as I lurch cautiously out of parking spaces and without a navigation system, I’m frequently lost.

If only I could twitch my nose like Samantha in the TV show Bewitched and get where I want to go without dealing with the logistics. But then I watch my son as he tinkers and examines his miniature vehicles. He cradles them in his little boy hands like holy relics, perhaps dreaming about his future journeys and not worrying so much about the destinations. Maybe I should learn to enjoy the ride, regardless of a few speed bumps, and agree to a couple more donuts around that round-about before this child really does speed off out of my life.