To Persevere Through the Darkness 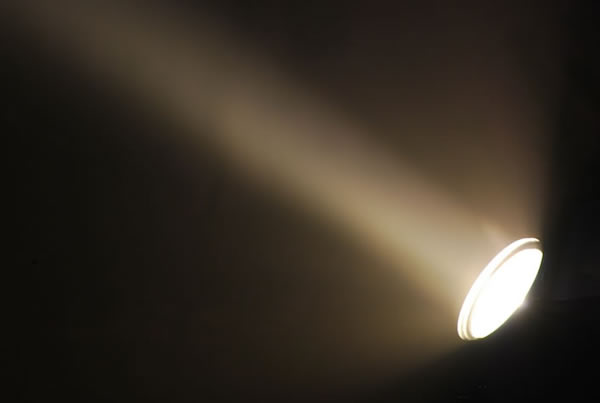 Imagine yourself, home just one week with your precious newborn, but that you don’t want to hold or for that matter touch, feed or bathe your perfectly innocent child. Some new mothers may never be able to relate to these thoughts because for some, an infant provides nothing but elation. However, for me, that situation was a reality. I experienced postpartum depression with not just one pregnancy, but two. I overcame both bouts, and I want to share my story in hopes of providing encouragement to anyone who is trying to come to terms with or currently battling mental illness.

Our first child, a boy, was a big baby, weighing in at 9 pounds, 3 ounces. He was undoubtedly our pride and joy, but I had an anxiety inside of me that from the time I was induced into labor had me questioning: Can I handle this? Will I be a good mom? Why am I feeling so overwhelmed?

My rational thoughts were telling me I would be a great mother. I knew that my husband and I would raise our son just as we had been raised, in a loving, respectful Christian home. However, the doubts and questions were taking precedence over my rational thoughts at an alarming pace.

A large portion of my anxiety came from breastfeeding. I didn’t feel comfortable with nursing my baby, but I felt pressure from society to breastfeed, so hey, I would give it a go. Once again, the questions started running rampant through my mind: Would he get enough to eat? How would I know how much he was getting at one time? Could I pump and then give the milk to him in a bottle? What would everyone think if I gave up on nursing and bottle-fed my son? At this point, I wanted to please everyone else, so I kept trying.

It seemed that my 9 pound son wanted to nurse every hour, and the process became exhausting, both mentally and physically. I was getting very little milk when I pumped and was becoming more and more stressed about the entire situation, so I called the local call-a-nurse hotline. The nurse on the other end of the line told me to stay the course and that soon my milk would come in… sure lady, much easier said than done! My son was attached to me at the breast and I was losing my mind. This was not what I had envisioned life to be as a new mommy. I found myself constantly asking, why did I want a baby so badly?

After endless tears of guilt, but with support from my husband, I made the decision to stop nursing and switch to formula. One would think that life with my baby would now get better. It didn’t. I don’t recall exactly when, but about a week after having my son, I began to lose control of my emotions. Luckily, it was time for a follow-up appointment with my obstetrician. I was a train wreck as I expressed the mental chaos inside my head. My doctor put me on an anti-depressant to help me get through the mental battle I was fighting. However, he warned me it would take a few weeks for the medication to take hold.

Words cannot express how horribly inept I felt during the next few weeks. I didn’t want to hold my baby, change my baby’s diaper, and I worried that I might hurt my baby (I want to stress that I never wanted to hurt my baby, however, I worried that I MIGHT lose control at some point). I was in a fog and simply wanted to sleep and cry the days away. Thankfully, my husband, mother, mother-in-law, and extended family rotated shifts to ensure that someone was at our home to take care of the baby while I watched from a distance and cried.

As the days passed, I felt the need to seek professional help. My support system was too close to the situation. They loved me unconditionally, and I wanted to hear someone who didn’t know me, tell me that I was absolutely, positively crazy. I set up an appointment with a therapist. She was a mother of two and someone I felt I could relate to. She spoke to me about my hormones and that it was actually very common for new mothers to feel this way. We addressed my many emotions and the gradual progress I was making, on a weekly basis for several weeks.

Slowly, I started to feel better. It was a combination of the medication taking hold and talking out my issues with a therapist. Also, this was the time when I began praying, something I had failed to do amidst all the worrying I had been doing. I prayed for healing and understanding, as well as in thanksgiving for our healthy baby, my wonderful husband, and my supportive family. Things were looking up for me. Day by day, I began to feed my child, change his diaper, give him a bath with my husband, and even venture to our lake cottage for a long weekend getaway. Wow, life with a newborn could be enjoyable, what an amazing feeling!

Unfortunately, I made one costly mistake after I began to feel better. I quit talking with my therapist, cold turkey. I had no closure on the situation, and I failed to come to terms with what I had just experienced. I realize now that I should have addressed what to expect in terms of postpartum depression if I were to get pregnant again, but I didn’t. I wanted to erase the recent events out of my memory and pretend it never happened. I was totally embarrassed by what I had just experienced, and I did not want to admit that I had just suffered from a mental illness.

Our little family was perfect, but I was not ready to add another child to our brood. Not yet, anyway. I knew I always wanted more than one child, but after what I had just gone through, I needed to mentally prepare and plan for my second child. God clearly had a different plan because following several days of nausea and a missed cycle, I took a pregnancy test. Positive. I took another test, with another positive result. I was pregnant for a second time, it was unplanned, and our son was only eleven months old.

This is not a good situation, I remember thinking to myself. I knew for a fact that I was not ready for baby number two. However, there was one thing I did know. I would not allow myself to get depressed after having this baby, no way, no how. I was so naïve. At that time, I still thought I could control the uncontrollable; things like hormones and anxiety. I know now that this was not the best approach to take, but at the time, I was going to do everything in my power to not suffer from postpartum depression a second time.

During the first couple of months of pregnancy number two, I was in denial. For the following six months, I mentally pushed aside the fact that I would be having another baby. I told myself, “You’ve got a long time until this baby comes…” Finally, at about the thirty-sixth week, the reality of this pregnancy hit, and I went into a mental tailspin. Again, similar thoughts that I had experienced with my son went through my mind. One question, in particular, had me terrified: How will you be able to handle two kids if you could hardly handle one? This question was like a race car circling a racetrack, running through my head at a constant rate, and ultimately resulted in a full-blown panic attack.

Finally, after two nights of no sleep, I realized I needed to see my obstetrician. He suggested some calming techniques and he wanted me to set up an appointment with the therapist I spoke with after my first pregnancy. Of course, since I had last been there, that therapist had changed jobs. Luckily for me, I was able to get into another female therapist named Miranda, who I can honestly say, changed the way I saw myself forever. Prior to delivering my second child, a daughter, we discussed things like breastfeeding (something I was not going to even attempt with this pregnancy) and juggling life with two children under the age of two. We met five times before I was induced into labor, and I left her office hoping that I wouldn’t ever need to return; she extended an open invitation to return at any point after delivery if I felt the need to do so.

Unfortunately, I returned to her. I was deflated and distraught. My quest for a perfect second pregnancy was again a failure. I felt the same feelings, had the same fears, and I was an embarrassment to anyone who knew me. I honestly believe that I felt worse the second time around, something I didn’t think was possibly. Again, praise God for my support system who came to the aid of my husband and I during this trying time.

With the assistance of this therapist and the same medication, I slowly started to realize that depression was just a part of who I was. Having postpartum depression is not exactly something every new mother strives for; however, it was something a new mother cannot control. I also learned that had I finished out the entire therapy process the first time around and learned how to deal with my emotions if and when I got pregnant again, I could have lessened the effects of the depression with the second pregnancy (it’s important to stress that wouldn’t have prevented it, just lessened the effects because of my mindset).

This therapist asked questions that required me to do a lot of soul searching. I did my fair share of crying, too, but this time the process allowed me to learn about myself, something I didn’t really focus on the first time. I even spoke with a psychiatrist who flat out told me, “You do not handle life changing events well, for example: the birth of a child, a sudden death, a separation from your husband, etc. You may need to take medication and talk to a therapist during these trying times for the rest of your life.” It was a little late to learn this information, but hey, better late than never to learn it at all!

As a result of battling postpartum depression twice, I am undoubtedly a stronger, more mature woman. I am not embarrassed by the fact that I suffered from depression, or that I had to be medicated to get through the tough times. It is extremely gratifying to finally be comfortable in my own skin, something I hadn’t experienced until I went through depression a second time. Depression absolutely sucks the livelihood out of a person, but I am here to say that it is possible to persevere through the darkness, and ultimately, live and love with passion again.