Dancing Between the Party Lines 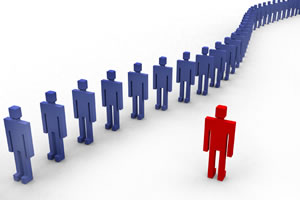 When it comes to politics, it seems that I have to watch where I step when it comes to forming a concrete opinion as to whether I am for one major party or the other. You see, I was raised a “Republican” because my father was in “big business”, and I never really questioned the reasoning of why my family identified themselves with that political party. I remembered my mother scoffing at the free lunch program material sent home by my school (which I happened to think was a great deal), saying we would never qualify.

So, I, too, started voting Republican at 18 and in the 80s when the economy was doing well, under “Reaganomics”, I got a degree in finance, got a job, got married, had a child, and things were going great, until, wham! Our second child was born. Not only was he born, he had problems. Not your general, run-of-the-mill boy problems, but ones that required early intervention services from the state, paid for by the state, and medical expenses covered by the state because of his two rare disorders.

At first, I was embarrassed to tell my parents my son was on Medicaid, that through a state-run program we had certificates for food for his nutritional needs, and that we were applying for funds to cover respite care. However, as we were paying co-pay after co-pay and especially after knowing he had racked up over $220,000 in medical expenses his first month of existence, there was always the threat that he would have a life-threatening emergency that would amount to the same type of expenses. Since he still needed professional intervention above what the state was covering, we were increasingly getting into major debt.

The state we were living in didn’t take into account the parents’ financial status when applying for Medicaid — it was a great help. However, I felt that why does financial help favor the underprivileged and the poor? Why does my disposable income have to be spent on medical bills? Don’t the politicians who make these laws consider the fact that disabled children are born into families regardless of financial situation? In fact, I had a one in 10-20 million chance of having a child with these two disorders. There is no other documented case of this occurring, worldwide. Lucky me. However, I love my child and will do whatever is necessary for him to maximize his potential, even if it meant sacrificing my own health.

A few years later, a former high school classmate and I were talking when a subject came up where he expressed a view that I did not exactly agree with. It happened to fall along a certain liberal point of view. An awkward silence came between us and he stated, in shocking disbelief, “Oh my God, are you a REPUBLICAN!?” The word was almost spat through the phone. I tried to give an answer, but assuming nothing would satisfy him, I changed the subject. Yet, I knew he was deeply disturbed that he felt that I somehow betrayed him by not immediately protesting that I was not a Republican.

When dancing around the line of political affiliation, as a parent I see the Republican Party, in general, pushing “Right to Life” issues (usually a lot of men making grand speeches), and I am okay with that position. However, I see the Democrats, who seem to support the “Woman’s Right to Choose”, i.e., abortion, supporting early intervention programs, IDEA, school accountability programs, after-school programs, young parent programs, and programs for the disabled. Without the funds for these programs we were able to access in our circumstance, our son would not have been doing as well as he is now.

So, before state legislators start banning abortions due to political party pressure, families will be affected in more ways than one. If you personally believe in the right to life, you should also believe in the right to quality of life, and be ready to support programs that enhance all who come into this world challenged, alive, but able. Otherwise, you, too, will be dancing between the two parties’ positions when it comes to meeting the needs of any child.