Let’s Call It What It Is 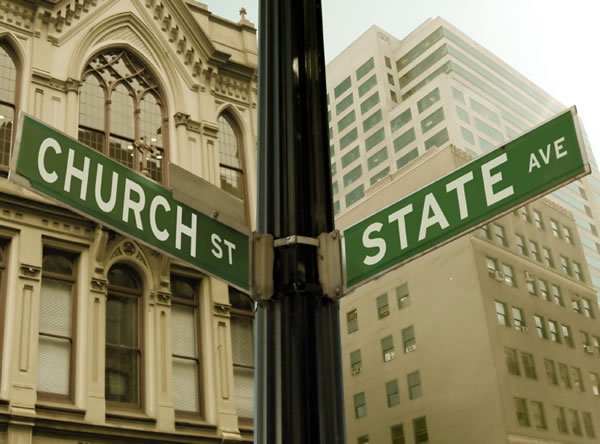 I have a fondness for the Separation of Church and State, but not all people do, and that’s unfortunate, especially when those who do not are elected officials.

Abortion. Big, big, big issue these days. It shouldn’t be. A woman’s right to choose has already been decided. I think we can agree on that. But little by little there have been changes, mostly at the state level, and mostly inspired by Republicans. This is a fact. They try to cut funding to programs that provide either counseling or actual abortions to people who do not have insurance.

I can break it down easily enough, it’s not hard to do. Cut the funding say, to Planned Parenthood, and you directly affect young, poor, unmarried, minority women. Then as a Republican you can turn around and blame this same group for collecting welfare to help care for the children they were “forced” to give birth to. Clever how you perpetuate this sad social phenomenon by also looking to cut funding for the agencies that provide education about birth control and how to obtain it — if you can afford it, as that service has been cut as well.

Yes, it is a vicious cycle. Providing women with education and prevention and support and even options, so that they can decide what is best for them is what stops the vicious cycle. Cutting vital services to people in need is never an easy option for a budget-conscious legislator. I understand that. Everyone must sacrifice, especially if your state’s credit rating is in the crapper and your auditor is suicidal and state and union workers all around you are hanging you in effigy. It’s a tough job, but I would argue that finding places to cut that do not directly affect the health of your most vulnerable citizens should really be paramount. There must be a way…

But I know you’ve already stopped listening because you’re probably too busy watching this guy on YouTube: Chris Christie. There is talk of a national campaign for him, this Pro-Life hero and most recent blatant violator of that pesky Separation of Church and State rule. He threw out a bill that would have provided family planning services to thousand of uninsured people in NJ; services like birth control, cervical exams, services that small clinics provide for women in need.

He says it is “financially irresponsible” — another refrain we keep hearing these days — but what he doesn’t mention is that if the state were to contribute to these providers it would receive matching funds from the Federal government, offsetting the cost in many cases. When he was challenged by his female colleagues he said that women could just go to emergency rooms for these services. When one colleague came back with the question “Who goes to the ER for birth control?” she was ignored. Apparently this blustery gas blower doesn’t have an answer for that one.

Female lawmakers were heard to lament that “the Governor once again put conservative ideology before women’s health.”

And that’s when I went nuts — when I read that.

Call it what it is. It’s not “conservative ideology” it’s RELIGION.

I hear Rick Santorum is running again in 2016. Old Rick is huge into mixing up church and state. He doesn’t think there is anything wrong with that, and in fact mocks his soon-to-be opponents for wanting to separate the issues–social vs political. He has even gone so far as to say that moral issues have a place in the discussion as well.

So I go back. Call it what it is. If your morality is based on your religious beliefs, and you want run for Governor or President and you think that bringing your beliefs into the discussion about how to legislate, how to and how not to disperse funding, is appropriate, then quit calling it conservative ideology and call it what it is… WRONG.