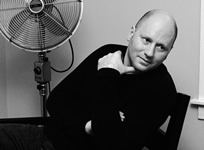 I saw a headline this morning that I found perplexing, from the Hattiesburg American: "Co-Parenting Doesn’t Have to Be Hard". Co-parenting? What the hell is that? Well, according to the article and copious Google results, it seems to refer to divorced parents and joint custody issues. What’s confusing is that in the haste to slap a label on something, the etymology of the pseudo word doesn’t apply to just one subset of parents. "Co-parenting" means, literally, more than one person who parents. I’ve been "co-parenting" with my wife for 7 years now even though we remain happily married.

Parents today seem to love the official sounding psychobabble. Everything nowadays has to be "co-" something or other. "Co-sleeping" is another buzzword created because "letting the kids sleep in our bed" apparently doesn’t sound scientific enough. It all makes me long for the days when the only "co-" I ever heard of (and experienced) was codependency.

But since I occasionally fall prey to trends just like the next guy, I decided to compile a list of all the "co-" behaviors that go on inside my own house:

Co-Eruption: Sounds infinitely more civilized than "escalate into a screaming match and yell ourselves hoarse".

Co-Squandering: The eager bonding of the family to spend every dollar I make, and then some.

Co-Snacking: Describes the strange phenomena that occurs whenever I sit down on the couch with a big bowl of popcorn and two sets of small hands simultaneously appear out of the ether and commence to grabbing giant handfuls.

Co-Schiavoing: When the kids and I enter into a vegetative state in front of the television at the presence of a Spongebob marathon.

Co-Playstationing: A close relative of Co-Schiavoing, but with added thumb movement. The add-on port for up to 4 controllers comes in handy for this one.

Co-Awakening: The opposite of co-sleeping; if one kid wakes up, they must wake up everyone else in the house. Yelling, jumping on the bed, and manual finger-driven eyelid opening is sometimes used in Co-Awakening.

Co-Pooping: Can I get a little privacy here? PLEASE?!

Co-Procrastinating: A complicated maneuver wherein everyone contributes in some form to leaving the house late, in a complex enough way that it is difficult to assess full blame.

Now if I can only institute "co-weeding" and "co-pick-up-your-goddamn-toys-before-I-throw-them-all-in-the-garbage" I’ll be all set.